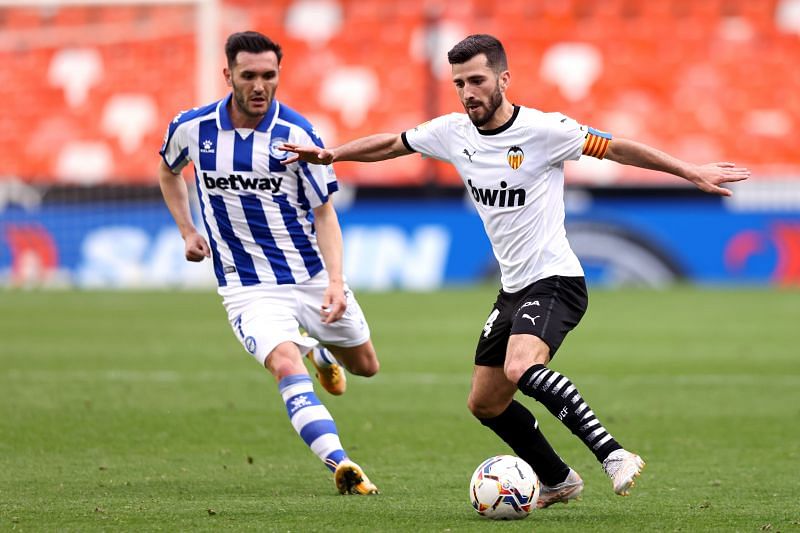 Blaugrana are in dire need of a new left-back. Jordi Alba has been Barcelona’s first-choice left-back ever since he was signed from Valencia in 2012. However, the Spanish international is on the wrong side of 30 and is not getting any younger. Junior Firpo, on the other hand, has failed to establish himself at Barcelona with the Catalans ready to sell him at the right price.

Jose Gaya could be the solution to Barcelona’s problems for at least another five years. The Valencia captain is just 26 years old and is already a full Spanish international. Barcelona could use Gaya as a backup to Alba for a few seasons before converting him into their first-choice left-back.

Barcelona are planning a massive squad overhaul this summer which will include reshaping their entire backline. Blaugrana have already signed Eric Garcia from Manchester City and Emerson Royal from Real Betis.

❗| Barça are looking into the option of Jose Gaya in defence. The club has some very good reports on him and the player has stopped his talks with Valencia at the moment. [@gbsans / MD] pic.twitter.com/uxntpgw2qp

According to Spanish outlet Football Espana, Valencia skipper Jose Gaya has paused contract negotiations with Valencia amid links to Barcelona. Jose Gaya signed a 5-year contract with Valencia back in 2018.

With only two years left on his contract, Valencia opened contract negotiations with Gaya in May. However, there have been no further progress in their talks. Barcelona are looking to take advantage of this situation.

However, according to the aforementioned source, Valencia would be willing to let Jose Gaya leave this summer for the right price if the 26-year-old decides not to sign a new contract.

Jose Gaya is a product of the Valencia youth academy. Since making his first-team debut in 2012, Gaya has made more than 250 appearances for the club. Gaya was made captain last year when Dani Parejo decided to leave Valencia for Villarreal. Gaya has made 33 appearances in La Liga this season, with Valencia finishing a lowly 13th. However, due to his personal form, Gaya has been awarded a place in Spain’s squad for Euro 2020.

🚨| FC Barcelona likes José Gayà a lot because of his profile and is the preferred option to increase the competition with Jordi Alba for the Left-back position. The player has stopped his contract renewal with Valencia which could facilitate his transfer. @gbsans 🇪🇸⏳ pic.twitter.com/FhyU06a4fc