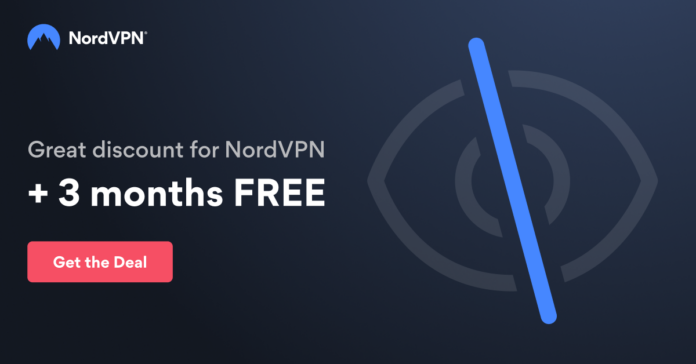 We rely on the Internet and digital devices more than we used to do a few years ago. Current data points have been indicating that around 53% of the world’s population uses the Internet, which means around 4.5 to 5 billion people are using the Internet.

The rising number of Internet users worldwide has been attracting a lot of mischief who want to steal data and money from innocent Internet users. In the 21st century, personal digital data has overtaken every other precious metal and item in the world.

World-renowned companies have been spending billions of dollars each year just to get personal data for advertisement and other purposes. Personal digital data can be used in any way, and you should try to protect it as much as possible from bad elements on the Internet.

Cyber experts around the world suggest everyone use a good VPN service to keep their activity private on the Internet. That is why today we are here to discuss everything regarding NordVPN.

NordVPN is a virtual private network that protects your online privacy and Internet connection. One of the biggest benefits of using a VPN service is that it prevents every unauthorized person from taking a look at your Internet connection. At the same time, it can also prevent any data leakage and protect your privacy.

Even though NordVPN is just a decade-old service, the company Has been providing world-class cyber security services. The company launched its VPN services back in 2012, and even after a decade, Nord is still one of the leading companies in providing cyber security.

Here Are Some Features of NordVPN

Meshnet is a Nord exclusive feature. You won’t find it in any other VPN application. Meshnet allows its users to access devices over encrypted private tunnels. The concept of the feature is a bit similar to a regular virtual private network, but it allows you to directly contact other devices in a secure manner. The future will allow you to link up to 60 devices, ten of your own and 50 external devices.

Nord VPN has a feature called a dark web monitor that can immediately notify you if someone leaks your personal credentials to the dark web. Apart from the websites you use regularly, there are tons of different websites that are not available on Google or any other search engine. For a regular user, it is very difficult to visit those dark websites, and NordVPN is the best way to monitor them.

Most VPNs available in the market do not provide the accurate speed you might be getting with your Internet service provider. You will always see a lag in your Internet speed when you get connected to any VPN.

This is not the case with the Nord VPN. You don’t have to sacrifice your Internet speed for better Internet security. Nord VPN is capable of providing you with both the highest levels of security along with faster speed.

Nord VPN is known to provide 24/7 support to all of its customers. In fact, Nord was among the first few cyber security companies to start 24/7 customer support. You can easily contact their customer support using their official website, chat facility and e-mail. You can also contact the cyber security provider on their official social media platforms.

Here Are Some Nord VPN reviews

Before we wrap up this session, let’s take a quick look at the reviews of NordVPN and its services.

The success story of Nord VPN services also continues on the Apple App store. On the platform, NordVPN has 4.7 stars out of five, which are used for any VPN service. Similar to the play store, the application is available for free, of course, to all iPhone users, but you can use the premium features after paying the monthly or annual fees.

Trustpilot also presents a similar story with 4.4 stars out of five. More than 75% of users on trust pilots mention that they are very happy with the services, and they give five stars. Yes, there are some one-star reviews on all of these platforms, but the ratio of five stars versus one star is huge.

You might be surprised to know that famous YouTube stars such as PewDiePie and Casey Neistat are also using it. It has also won numerous awards from repetitive brands, including Forbes, android central, expert reviews, and PC magazine.

The list of its achievements will go on and on. If you are in the market and looking for a good VPN, you can test the free services of NordVPN to make a better judgment.

Yes, Nord VPN Provides free services to all of its users. Most premium features won’t be available with free services, but you can use the basic VPN service without any cost on any of your devices, including windows, iPhone and Android.