BGMI Ban: Battlegrounds Mobile India APK-  BGMI fans saw the popular BR title being banned by the Government of India. However, players could still play the title by using the official APK link. Now, the APK link has been banned as well, and is non functional for Indian players. For more such updates about the BGMI APK ban, keep following .. 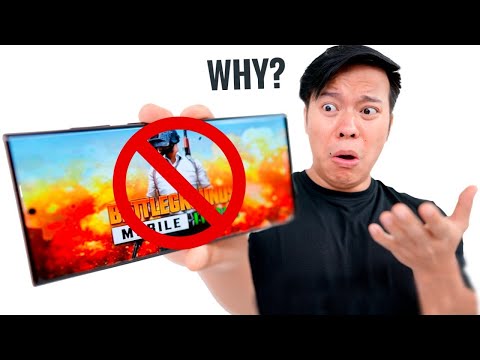 Also Read: BGMI Ban: What is Section 69A of the IT Act? Understanding why BGMI was banned in India, CHECK DETAILS

BGMI was banned by the Indian government back on July 28, 2022. This led to a huge outrage within the Indian eSports community, who labeled the move a huge setback for eSports in India.

The BGMI ban that took players across the country by shock occurred on July 28, 2022. The title was silently removed from the Google Play Store as well as the App Store, and neither the government or Krafton provided fans with any explanation about the reason behind the ban. This left fans hankering for alternative solutions through which they could get their hands on the popular Battle Royale title again.

One of the most popular solutions that fans could make use of was to use the APK link that was provided on the official website of BGMI. However, a few hours back, that link became invalid as well, leaving fans with no organic method to download and enjoy the popular BR title on their devices.

While the APK link is now invalid from the official website, there are several third party sites that still offer the APK link for download. However, we would recommend users to refrain from downloading the APK link from such sites since it might not be safe for them.

Could BGMI be unbanned and make a comeback in India?

As of now, the possibility of BGMI making a comeback seems bleak. The game was banned by the government under Section 69(A) of the IT Act, which was the same section that saw the ban of PUBG back in 2020. BGMI is simply a rebranded version of PUBG, and therefore, unless developers completely redevelop and relaunch the game, the chances of the BR title returning seem quite bleak.

Esports experts in India are currently petitioning for a comprehensive set of rules and guidelines to be formulated with respect to eSports in the country. The guidelines will allow developers to stick to certain limitations while creating and launching games in India, thereby preventing them from facing another title ban anytime soon.

For more such updates about the BGMI ban, keep following ..

Also Read: Can BGMI be unbanned and make a comeback on Google Play Store and App Store?