BGMI Ban India Latest Updates: On July 28, Battlegrounds Mobile India aka BGMI the most famous Battle Royale game has been removed from…

BGMI Ban India Latest Updates: On July 28, Battlegrounds Mobile India aka BGMI the most famous Battle Royale game has been removed from the Google Play Store and Apple App Store surprisingly. Later the reports revealed that the removal of the game from app stores was followed by a government order under IT Act. But the game’s servers are still up where users playing the game (who already have the game on their mobile devices). Recently, players are getting a BGMI virus error prompt to uninstall the game following the Trojan Virus. Check out the way to fix the error and continue playing the game. For BGMI Ban Live Updates, follow Flizzyy.

BGMI Ban India Latest: Players are getting a warning to uninstall the game following the Trojan Virus

How to fix the BGMI virus error prompt on Android

If users used a malicious third-party file to upgrade to the Royale Pass or purchase UC in the game. Players should immediately delete such files from their devices. After removing malicious third-party files, players need to use the Repair button on the login page of Battlegrounds Mobile India which will automatically delete such files and fix the game. 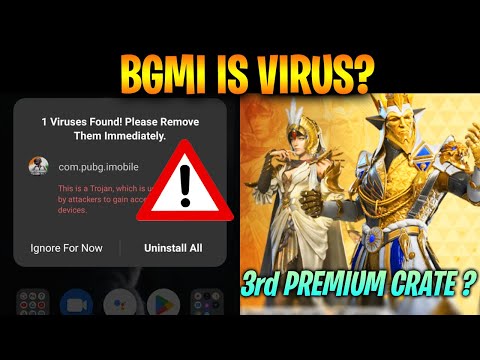 As Krafton addressed in the last release, players need to wait for the official announcement from the developers’ side or the government’s side. Don’t use third-party methods to download the game or make purchases in the game. This might lead your account to termination.

Read More- BGMI Ban in India: Players are unable to purchase the UC for upgrading to BGMI M14 Royale Pass

Rajiv Bhatiya - October 6, 2022
Daniel Craig almost appeared in Doctor Strange in the Multiverse of Madness, and now we know exactly...