BGMI Ban: After the sudden ban imposed on BGMI by the Government of India, the eSports industry has expressed a need for…

BGMI Ban: After the sudden ban imposed on BGMI by the Government of India, the eSports industry has expressed a need for a set of comprehensive rules and guidelines for the sector. This will help prevent such abrupt bans of popular gaming titles in the future. Experts from within the industry also shared their take about this demand. For more such updates about the BGMI Ban, keep following ..

In the past few days, the Indian gaming industry went through a tumultuous phase. BGMI, one of the most popular games in the country, was abruptly banned by the Government of India. The imposition of the ban was sudden and no prior warnings were issued to the developers. Therefore, the decision created quite the chaos in the community.

This highlighted the fact that the gaming industry needs a set of rules and regulations for developers and players to understand what is legal and what is not. It will also help the developers to stay within the limits set by the government and not face abrupt bans.

Also Read- Can BGMI be unbanned and make a comeback on Google Play Store and App Store?

BGMI ban: What do the BGMI Esports Industry experts have to say?

The Government of India has been strict when it comes to allegations of data theft and security issues. Back in 2020, the government imposed a permanent ban upon over a hundred apps in India, including PUBG Mobile. Following this, Free Fire was also banned by the authorities in February 2022. The recent BGMI ban came as a surprise to many, but it also highlights the fact that the Government is tracking the activities in the esports sector and taking necessary steps whenever required. Naturally, this calls for a proper set of guidelines for developers and players in the esports sector. 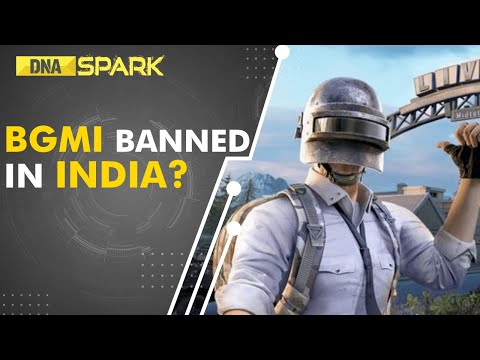 It is evident that the authorities have certain expectations from the esports industry in India and want the gaming developers to live up to these expectations by adhering to the limitations set by them. Sameer Barde, CEO, EGF, spoke to BrandWagon Online regarding this issue. He pointed out that setting up proper regulations would ensure a better outcome of such conflicting issues.

“There is regulatory uncertainty in the gaming ecosystem. A comprehensive set of guidelines and regulations need to be established that will ensure that the industry is clear about the expectations of the government and can meet them. Regulation will ensure that there is some sort of escalation mechanism, grievance redressal mechanism available not just to players but also to game operators.”

Like Sameer Barde, several people have come in support of the need for the proper regulation within the industry. Multiple sources pointed towards the alleged data theft and cyber information being leaked to China with respect to the BGMI ban. However, this isn’t the first time such an incident took place. Since the issue is repetitive, there should be a set of rules set up so that the developers as well as the gamers do not suffer yet another title ban.

Several industry experts point out the drawbacks of the ban

To reiterate the need for proper guidelines, several experts in the gaming industry pointed out why such sudden bans were detrimental for the growth of eSports in India.

In conversation with Financial Express, Jay Sayta, a technology and gaming lawyer, pointed out that sudden bans can drive away investors, further delaying the process of India becoming a global Esports hub.

“The government has not clarified its stand, but such kind of knee jerk bans dampen investor sentiments and take India behind in its goal to become an Esports hub.”

furthermore, since the gaming industry was booming in India, several young enthusiasts opted out of conventional career paths and chose eSports and gaming as their career choice. However, such abrupt bans upon popular gaming titles might discourage people from pursuing careers in the eSports and gaming sector further. Shivam Rao, co-founder, Trinity Gaming India, raised this issue during a recent conversation with Financial Express.

“It will impact the livelihoods and income of gamers and the eSports talent in the industry. Many skilled gamers have left their families, homes and traditional jobs to build and pursue their careers as professionals. Such a ban will make their future and careers uncertain. If the ban decision holds, we will probably see a decline in the number of gamers and its communities across India.”

While no official announcement has been made regarding the reason behind the ban of BGMI, a proper set of rules and guidelines is evidently very important for the proper functioning and growth of the eSports sector in India. Proper guidelines will allow developers to get a clearer idea of the limitations they must adhere to when creating a game, thereby reducing the risk of sudden bans, and the subsequent negative impact on the gaming industry.

For more news related to the BGMI ban, follow ..