BGMI ban-Free Fire Max be Banned? Government of India imposed a ban on BGMI following a violation of the Section 69 (A)…

BGMI ban-Free Fire Max be Banned? Government of India imposed a ban on BGMI following a violation of the Section 69 (A) of the IT Act on 28th July 2022. Following this, the game has been taken down from the Google Play Store and the App Store. The sudden BGMI ban has come as a surprise to gamers as well as content creators. With Free Fire banned early this year, and BGMI recently, the entire community is eager to know if Free Fire MAX will also see an upcoming ban in India. For more news related to the BGMI ban, follow .

Free Fire MAX was the only alternative left for Free Fire fans after the main title was banned earlier this year. Free Fire players will be devastated if the fiasco from the BGMI ban seeps into Free Fire as well. Since Free Fire was banned under the violation of the same Act as BGMI, its not too far fetched to discuss a Free Fire Max ban.

The sudden ban being imposed on popular gaming titles has jeopardized the esports industry. At a time when the Indian esports sector was looking to be promising and growing exponentially, these kinds of bans will certainly be a major drawback. With that being said, the Government should also set up structured rules and regulations to prevent such incidents from happening frequently in the near and far future.

Free Fire MAX is an upgrade to the already existing Free Fire Battle Royale game from Garena. The game features higher graphical output and better gameplay compared to Free Fire. Hence, it has become extremely popular in recent times in India. However, the concern of the community is regarding the future of the game. 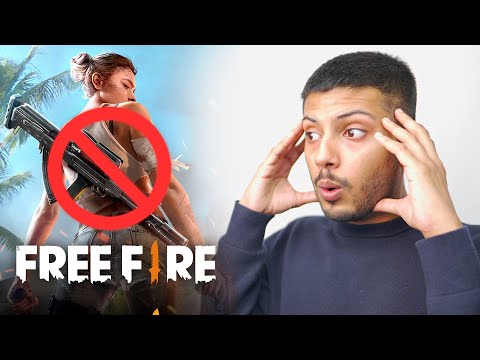 As of now, Free Fire MAX continues to exist in the Google Play Store. However, the title has been removed from the App Store a few months back. Since the game continues to exist for Android users, gamers can only hope that it will stay without facing any consequences.

The clouds of uncertainty continue to loom over the title. It should be noted that both Free Fire and Free Fire MAX have the same developers and publishers. Free Fire was banned with several other apps a few months back. However, Free Fire MAX has not faced any warnings or threats from the government yet.

At this point, nothing can be said with certainty regarding the future of the Free Fire MAX. However, since the game has not yet been banned or faced any kind of warning (apart from the App Store ban), there is a high chance that it will remain with the community for the foreseeable future.

For more news related to the BGMI ban, follow .

Also Read- Can BGMI be unbanned and make a comeback on Google Play Store and App Store?