BGMI ESPL Season 2: Battlegrounds Mobile India ESPL Season 2 Invitational Qualifiers 2 Finals are currently going on. We are very close to the LAN finals of the event which will kick off on 30th July 2022. Rappers Rahul Karn, aka Shloka, and MC Maalik have launched a gaming rap song featuring top participants from the second edition of ESports Premier League (ESPL).

Also Read: Top 5 most dangerous players in BGMI that you won’t be able to beat 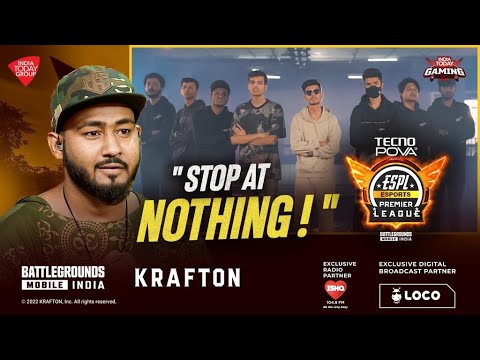 Talking about the significance of this rap song, ESPL director Vishwalok Nath said, “The song will definitely add a bit of adrenaline rush in the gaming community as hip hop has always blended well with gaming. Hip hop and gaming share seamless energy and rhythm. The song also features some of the most talented Esports players and will surely help showcase the rise of this tournament. Working with artist Shloka and all other content creators was a delightful experience and this rap song will surely create the right buzz just ahead of the ESPL LAN finals.”

Shloka came to prominence as one of India’s First Rap Reality Show Finalists in a popular TV show called “MTV Hustle.” MTV Hustle is India’s first rap reality show judged by popular singers like Raftaar, Nucleya, and Raja Kumari. Shloka was among the top five talents at the end of the Season 1 of the show. The rapper duo has used various gaming analogies in the hip-hop video, which aims to create buzz and excitement for the League as it is nearing the grand finale. The music producer of this song is GJ Storm.

The tournament is currently in the second phase of invitational qualifiers that will end on July 27. The remaining 8 finalists will emerge from this round and will join the other 8 teams to compete in the ESPL Season 2 LAN Finals.