BMSD 2022 Grand Finals Live: The Battlegrounds Mobile India community is so excited for the Grand Finals of the first ever official…

BMSD 2022 Grand Finals Live: The Battlegrounds Mobile India community is so excited for the Grand Finals of the first ever official BGMI LAN event. BMSD 2022 Grand Finals will take place later today where the top 16 teams in India will battle over a course of six matches. Teams are looking forward to showcasing their best performance in the one-day grand finale.  However, the main goal of the teams will be to secure the invited slot in PMWI 2022 Afterparty Showdown. For future updates of Battlegrounds Mobile India Showdown, follow ..

OR Esports performed very well during the Group Stage of Battlegrounds Mobile India Showdown 2022. The team maintained the lead on the leaderboard from the very first match. OR Esports finished the BMSD 2022 Group Stage as the table topper of the leaderboard. The team has secured a total of four Winner Winner Chicken Dinners. OR Esports is looking as a stronger contender for the champion title.

Team XO is one of the most consistent teams in Battlegrounds Mobile India esports since the game launch. Team XO finished in second place on the Battlegrounds Mobile India Showdown 2022 Group stage. The team has shown a consistent performance during the three days long Group stage. The team is ready to show some amazing performance in the Grand finals of BMSD 2022.

The BMPS 2022 Season 1 champion, Team SouL has shown good performance in the BMSD 2022 Group Stage. The team is already invited for the PUBG Mobile World Invitational 2022 Main event. The team is known for amazing performance on a single day.

Global Esports is looking more confident after the win in Battlegrounds Mobile India Masters Series 2022. In the Group stage of the BMSD 2022, the team showed a good performance and finished 8th place on the leaderboard. Global Esports is known for last-minute surprise performances.

Matches of the BMSD 2022 Grand finals will be live streamed on the official Youtube channel of Battlegrounds Mobile India Esports. 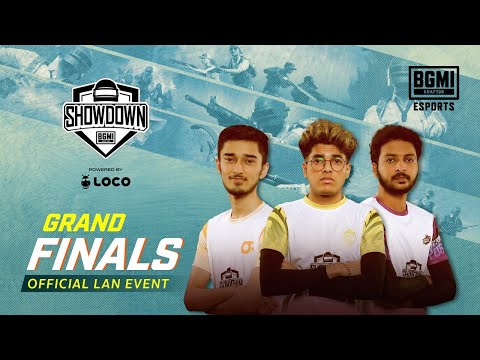