Call of Duty Warzone: Gamers have always been attracted to zombies in Call of Duty titles. Several COD titles have included zombies…

Call of Duty Warzone: Gamers have always been attracted to zombies in Call of Duty titles. Several COD titles have included zombies by releasing a separate mode. The addition of zombies to the game makes survival more challenging. As a result of which, the action becomes more intense. Recently, it was revealed that Activision is bringing Zombies back in Call of Duty Warzone with the Rebirth of the Dead.

For more information related to Activision and the Call of Duty franchise, follow .

Call of Duty is one of the most successful franchises in the gaming world. The title has been around for several years and has managed to keep gamers engaged by releasing new content and titles. The recently released zombie mode for Call of Duty Warzone is a prime example.

Call of Duty Warzone: Everything that you need to know about the Rebirth of the Dead mode

Rebirth Island is a well-known map in Call of Duty Warzone. The developers have added zombies to the map and rebranded it as the Rebirth of the Dead mode. It is a limited-time mode and only 40 gamers can enter at once in a match. The mode is available only as squads. 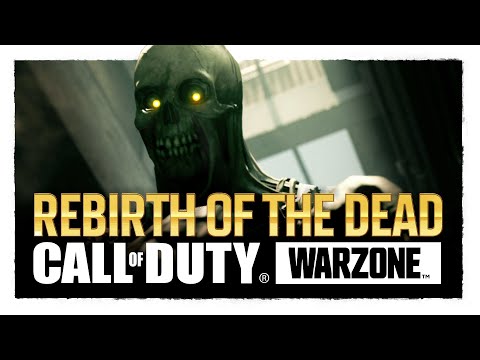 Call of Duty Warzone has featured zombie modes in the past. However, Rebirth of the Dead has a few minor changes that make it different from its predecessors.

The map will be covered in dense fog to give an eerie feeling to gamers. Operators who perish will respawn as zombies and will have several tools for survival.

Zombies will get two syringes for eliminating a human Operator. Or, if they perform a Finishing Move on that Operator, they will get four syringes.

Along with adding a new way for Zombies to become human again, the developers had three priorities for this new twist on the previous Zombie Royale mode:

By the looks of it, Call of Duty Warzone Rebirth of the Dead mode looks extremely challenging. The action will be intense as everyone would be willing to give their best and transform from a zombie to an operator.

For more information related to Activision and the Call of Duty franchise, follow .