For more news related to Call of Duty Warzone and other titles, follow .

Developers Activision does not hesitate to release a bunch of exciting items through updates for Call of Duty Warzone. The recent patch note also looks promising and will certainly please COD fans across the globe. With that being said, it is time to explore what new items are teased with the upcoming update.

Also Read- World Series of Warzone 2022: How to register and participate in the upcoming World Series, ALL DETAILS

Call of Duty Warzone Patch Notes: Everything that gamers should watch out for

Rebirth of the Dead Mode

The zombie experience is coming back to Call of Duty Warzone for a limited time. The basic rules of the zombie mode is listed below:

Apart from the above base rules, the following additions need to be noted:

Gamers experienced the Iron trials. Now inspired by the rise of machines, Operators will be gearing up for the Titanium Trials. The basic information regarding the mode is listed below: 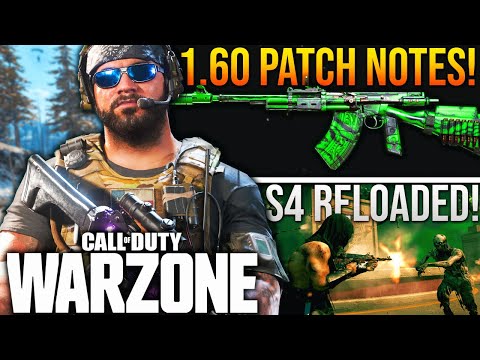 “Model T-800” Operator is paired with its own Finishing Move, Play of the Game, and MVP highlights. Players will also get the “Neural Net Processor” Ultra Assault Rifle Weapon Blueprint, “Coltan Alloy” and “Motorhead” Legendary Weapon Blueprints, “Always Scanning” Charm, “I’ll Be Back” Animated Emblem, and the “Infrared Optics” Reticle.

For more news related to Call of Duty Warzone and other titles, follow .