There are plenty of internet speed testing apps out there, but Opensignal and its sister app Meteor have just received important updates that allow their users to see how their carrier’s own 5G network coverage map stacks up against reports from the crowd. You know, in real life.

The coverage map screens on each app now have a filter for 5G networks where users can see a plot of speed test reports for the carrier or carriers of their choice — Opensignal lists AT&T, T-Mobile, and Verizon while Meteor adds on the dying Sprint and potentially resurgent Boost Mobile (it’s mostly on the back of T-Mobile’s network at the moment). Tapping on a point will display the most recent upload, download, and latency stats for that particular area.

Users can generate their own map point by completing a speed test of their own while on 5G. The apps are able to detect which radios the phone is using for speed tests — here’s a reminder that the network indicator in the status bar doesn’t always tell the truth about your actual connection.

You can download either app or both from the Play Store or grab Meteor or Opensignal from APK Mirror at their respective hyperlinks. 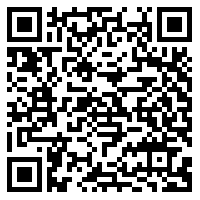 And if you’re really up for nitty-gritty comparisons, here’s a list of coverage map links direct from the Big Three:

Google Pay adds support for Coinbase, to the joy of crypto edgelords everywhere

Files by Google’s latest trick helps save you from yourself