FIFAe Nations Cup 2022: After an eye-opener first day, Team India have a hill to climb on the final day of the…

FIFAe Nations Cup 2022: After an eye-opener first day, Team India have a hill to climb on the final day of the FIFAe Nations Cup 2022 group stage. With 5 points in five games, Charanjot & co will be aiming to finish within the top 4 spots to book their place in the knock-out stages (Round 16). India eTigers are all set for another 5 matches in the FIFAe Nations Cup in Copenhagen today at 9.35 PM IST. For future updates on Esports and FIFAe competitions, follow ..

It is a maiden appearance for Indian eTigers as they have qualified for the final stage of the tournament through qualifiers featuring 80 teams. In this stage, 24 teams are divided into 4 groups while six teams would play each other twice in a round-robin format. The Top 4 teams from each group will make their way to the knock-out stages (Round 16). Team India are currently placed at 5th with 5 points after the conclusion of the opening day. Charanjot & co will have their task cut out as they face the same opponents today.

Players to represent India in the ongoing FIFe Nations Cup 2022

Where to watch the matches of FIFAe Nations Cup 2022

All the matches of India will be streamed on the Indian Football Team YouTube channel as well as the Twitch channel. The pre-match show will commence at 9 PM IST. You can also check out the Day 1 matches by watching the below video. 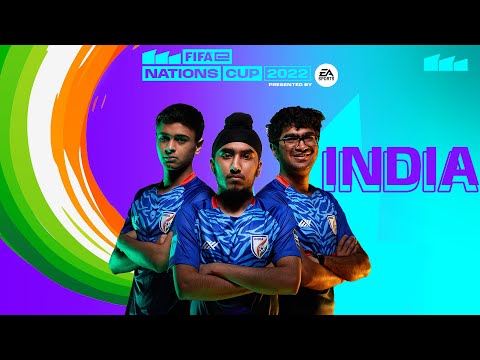 What happened on the opening day so far

Team India started the campaign against one of the top European teams, Italy with a stalemate. Italy had better chances but failed to convert those. Indian eTigers went down to the Netherlands in 0-1 narrow defeat leaving only themselves to blame. Team India had shown some optimism against Poland going up by two goals to nil within 60 in-game minutes. A few minutes later, Charanjot & co were pegged back by Poland as they came back from the brink to bag all three points. Team India and Mexico canceled each other as they settled with a draw. Indian eTigers finally proved their class against Morocco as they earned their first victory of the campaign. With 5 points in five games, Team India finished fifth.

They will push for the top four spots to book their spot in the Round of 16. So, stay tuned for more updates. For future updates on Esports and FIFAe competitions, follow ..