Fortnite XP Glitch: Earning XP through Creative maps in Fortnite has become quite common nowadays. Earlier, gamers used to rely on the…

Fortnite XP Glitch: Earning XP through Creative maps in Fortnite has become quite common nowadays. Earlier, gamers used to rely on the various quests and challenges to grind and rank up the Battle Pass tiers. But with the abundance of Fortnite Creative XP maps, loopers now prefer jumping in and earning a hefty amount of points in a short span of time. Like every season, Fortnite Chapter 3 Season 3 also has several Creative XP maps onboard. Popular YouTuber GKI recently revealed a new Creative XP map that players can use to their advantage. The code and the steps to trigger the XP system will be revealed in this article. For more information on Fortnite Creative XP maps, follow .

In the last few seasons, Epic Games has drastically reduced the amount of XP that can be earned through the various quests. Therefore, it has become immensely difficult for players to break into the top 100 tier of the Battle Pass to claim the exclusive rewards. As a result, reliance upon these Creative XP maps has increased significantly.

Fortnite XP Glitch: Map code and how to trigger the XP flow

Each Creative XP map has a specific code that needs to be put up to access any specific map. The code to access this Creative map called Red vs Blue Ultimate is 7099-1689-0224. Once the code is put up, loopers should enter the map as a Private Game. 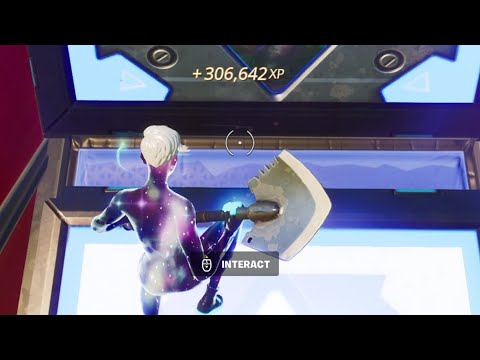 Once the match kicks off, gamers will notice a ramp in front of them. Climb on top of it and then come behind to access a green-colored button that is tagged Interact. Players will then be required to wait for ten minutes before accessing any XP button.

After ten minutes are over, gamers will need to interact with the AFK XP Button. This button will be situated on the left-hand side of the Support a Creator pedestal. Once this interaction is complete, loopers will notice that the system has started generating XP.

After that, players will need to go to the next room. Over here they will notice several tomatoes. On the extreme left corner, the tomato will be guarded and won’t be accessible. Players will be required to climb on top of it and perform an emote to trigger the XP system. There will also be a secret button on the corner. Access it to generate some more XP from the system.

Clicking on the secret button will teleport gamers to a special room. The wall in front of this room has two secret XP buttons on either corner. Interacting with these XP buttons also lets XP be added to the players’ accounts.

Finally, there will be a button called Bouncers Room. Interacting with this button takes gamers to a room with a bouncing device. Bouncing on this appliance rewards gamers with quite a lot of XP in Fortnite Chapter 3 Season 3.