Contactless payments are the way of the future. Apps like Google Pay make handling cash and cards obsolete, as options to send and transfer money become more accessible than ever. With most banks finally accept mobile payment methods, public transit passes are the next set of physical cards to turn virtual. Clipper, the San Francisco Bay Area’s transit card, is now compatible with Google Pay on Android, paving the way for users to ditch their wallets altogether.

This addition comes several months after Google began adding payment options to Pay for public transit and parking. You’ll need to have your Clipper card handy to transfer it to a virtual card, but everything should be pretty seamless once added to Pay. The card uses NFC to convert to a virtual payment option by tapping it to the back of your phone. All of the card’s data — its current balance, ID number, etc. — is copied directly to your device, after which you can sync the card with Google Pay.

Although Clipper makes it easy to transition away from a physical card, there is one significant drawback. After linking with the mobile app, your physical card is deactivated entirely, which puts card sharing off-limits once you’ve gone digital. Bike share users and RTC cardholders will have to hold onto their physical cards. Some of the earliest reviews for the app on the Play Store have pointed to NFC failures when boarding public transit, so keep that in mind before switching.

One thing to be aware of: converting the @BayAreaClipper card to digital disables the physical card.

So if you sometimes lend your card to someone else, you will not be able to anymore.

Google isn’t quite finished adding some paid public options to its apps. According to The Verge, the ability to pick up train tickets through Maps is still planned to launch sometime in the future. If you’re in the SF Bay Area, you can check out the app using the link below. Make sure you’ve upgraded to the new version of Google Pay to take advantage of Clipper’s mobile wallet integration. 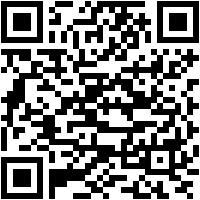