Fans of the Halo franchise will have to endure multiple delays involving Halo Infinite, as developers 343 Industries have revealed multiple changes to the timeline regarding the release of co-op, Forge, and Season 3.

In a recent developmental update, the developers announced that Season 3 of Halo Infinite will be arriving in March 2023, which is a drastic delay from the original release window. However, when it does arrive, fans can expect to see a ton of new content, which includes new maps for Arena and Big Team Battle, and new shroud screen equipment ability as well.

But, in a big blow to fans, the developers have also mentioned that they have stopped working on split-screen local co-op, in order to focus their efforts on other facets of Halo Infinite. 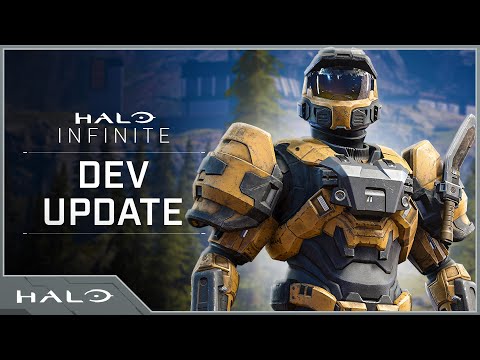 Also Read: Jeff Bezos’ Son Asked Him to Not “Eff Up” Amazon’s The Lord of the Rings: The Rings of Power

Along with the delays to Season 3, 343 Industries have also revealed a slight postponement to the release of Forge and co-op.

Forge was originally set to arrive this month. However, with the new release schedule, the mode will now release on November 8 alongside co-op. The campaign co-op and mission replay was meant to release in August, but with the recent delays, they will now be a part of Halo Infinite with the November update.

The November update for Halo Infinite also features several other additions such as new maps in Detachment and Argyle, which were built using the Forge editor.

Recent leaks suggest that the Forge mode will definitely wow fans, which is why the community have expressed their disappointment with the delays. Nevertheless, it seems like fans will have to be content with 343 Industries’ new release schedule, which suggests a bit more waiting for fan-favorite modes.

Read Next: Nintendo To Soon Announce a September Direct Featuring Reveals for The Legend of Zelda and Metroid Prime Remaster

Free Fire November Elite Pass: Check out all the rewards of...

Demonkite Claims Karltzy Will Never Beat Him in Objective Fights