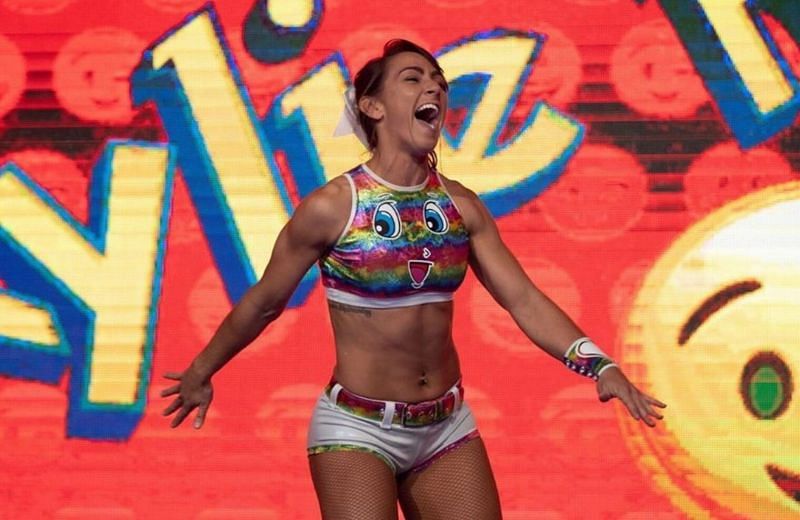 During NWA‘s ‘When Our Shadows Fall’ pay-per-view on Sunday, Kylie Rae made her debut with the company, teaming with Taryn Terrell to take on Thunder Rosa and Melina.

During the match, the commentary team announced that Kylie Rae had signed a contract to be part of the NWA roster for the foreseeable future. This news came as a shock to many fans who were under the impression that Rae was still under contract with IMPACT Wrestling.

According to Mike Johnson of PWInsider, over the last several weeks, the NWA and IMPACT Wrestling have been in talks regarding Kylie Rae’s contract with IMPACT. The purpose of these talks was to get Rae out of her contract so she could sign with the NWA instead.

NWA says Kylie Rae has signed a deal there. I reached out to IMPACT this week regarding her contract status there and didn’t hear back

Kylie Rae is now under contract with the NWA

Johnson reports that both companies worked out a deal within the last four to five days that allowed Kylie Rae to sign with the NWA. This development marks the second time Rae has left a national promotion in recent years

Kylie Rae no-showed IMPACT Wrestling’s Bound For Glory pay-per-view last year, where she was scheduled to face Deonna Purrazzo for the Knockouts Championship. Days later, Rae announced via her Patreon that she was leaving the wrestling business and taking time away to deal with her personal issues.

With Kylie Rae now under contract with the NWA, she’ll aim to rise through the ranks and become a prominent star in Corgan’s promotion.

PWInsider has noted that Kylie Rae and IMPACT have been working on a deal to make this possible, and it came together in the last four or five days. I reached out Wednesday, so it’s possible it wasn’t even sealed up by then

What are your thoughts on Kylie Rae signing with the NWA? Do you believe this situation will work out for her, unlike her previous stints in AEW and IMPACT Wrestling? Let us know your thoughts by sounding off in the comments section below.