How to Play the Batman Arkham Games in Chronological Order

The Batman: Arkham games sit alongside Insomniac’s Spider-Man as the best comic book games ever made. With the Arkham series, Rocksteady Studios blended excellent freeflow combat, top-tier voice performances, and an inspired rendition of Gotham City to create an unforgettable collection of action-adventure superhero games.

While Gotham Knights isn’t part of the “Arkhamverse,” it’s release inspired us to create this chronology of the Batman: Arkham games for those interested in playing (or replaying) the best Batman games around.

How Many Batman Arkham Games Are There?

In total there are eight games in the Batman Arkhamverse. That tally will climb to nine when Suicide Squad: Kill the Justice League is released in 2023. However, only six of the eight Arkhamverse games are currently playable — two mobile games have been shut down/removed from mobile storefronts.

With series newcomers in mind, these brief plot synopses contain only mild spoilers such as broad plot points and character introductions.

The first Arkham game chronologically is 2013’s Batman: Arkham Origins. Set on Christmas Eve in a snow-covered Gotham, Origins stars a less-experienced Batman who finds himself with a $50 million bounty on his head, drawing the attention of Gotham’s finest criminals: the Joker, Black Mask, The Penguin, Mad Hatter, Bane, Deadshot, Firefly, and Killer Croc, among others. The ending hints at the reopening of Arkham Asylum, setting up the future events of Rocksteady’s game of the same name.

Notably, Origins stars Roger Craig Smith as Batman and Troy Baker as the Joker, subbing in for Arkham’s regular superstar duo of Kevin Conroy and Mark Hamill. While the Arkhamverse was established by Rocksteady Studios, Origins was developed by WB Montreal, the studio behind Gotham Knights.

A mobile version of Arkham Origins was also released. While it plays much differently than its console counterpart — it’s a brawler developed by Mortal Kombat studio NeatherRealm — it hits the same narrative beats. Batman: Arkham Origins Blackgate is set three months after the events of Origins. Unlike the third-person adventures that comprise the mainline Arkham games, Blackgate is a 2.5D side-scroller developed by Armature Studio (Resident Evil 4 VR).

In Blackgate, Batman investigates the titular prison, where an explosion has freed its inmates. As the Caped Crusader, you explore three main areas, each controlled by one of Gotham’s most notorious villains: Penguin, Black Mask, and the Joker. Other notable characters include Catwoman, Amanda Waller, and Rick Flag.

Roger Craig Smith and Troy Baker take another turn as Batman and the Joker. 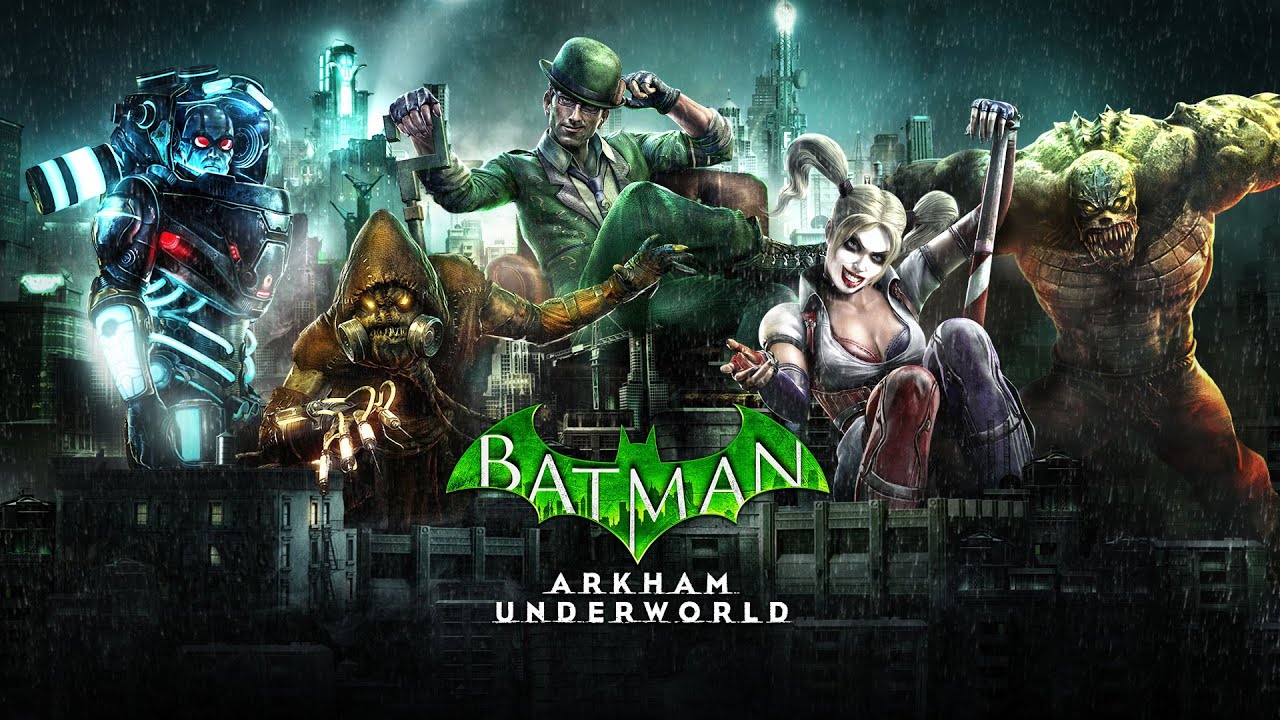 Batman: Arkham Underworld is a mobile game that positions you as Gotham’s newest criminal mastermind, allowing you to command Batman villains such as Harley Quinn, The Riddler, Scarecrow, Mr. Freeze, and Killer Croc. It’s essentially a free-to-play Gotham gang recruiter, in which you build a criminal hideout, recruit henchmen, and do battle. Kevin Conroy reprises his role as Batman following the mainline Arkham trilogy.

Arkham Underworld is set sometime before Arkham Asylum, though it possesses little importance to the overall Arkhamverse narrative — which is fortunate considering it’s no longer available to download (Arkham Underworld was shut down in 2017, only a year after it was released). 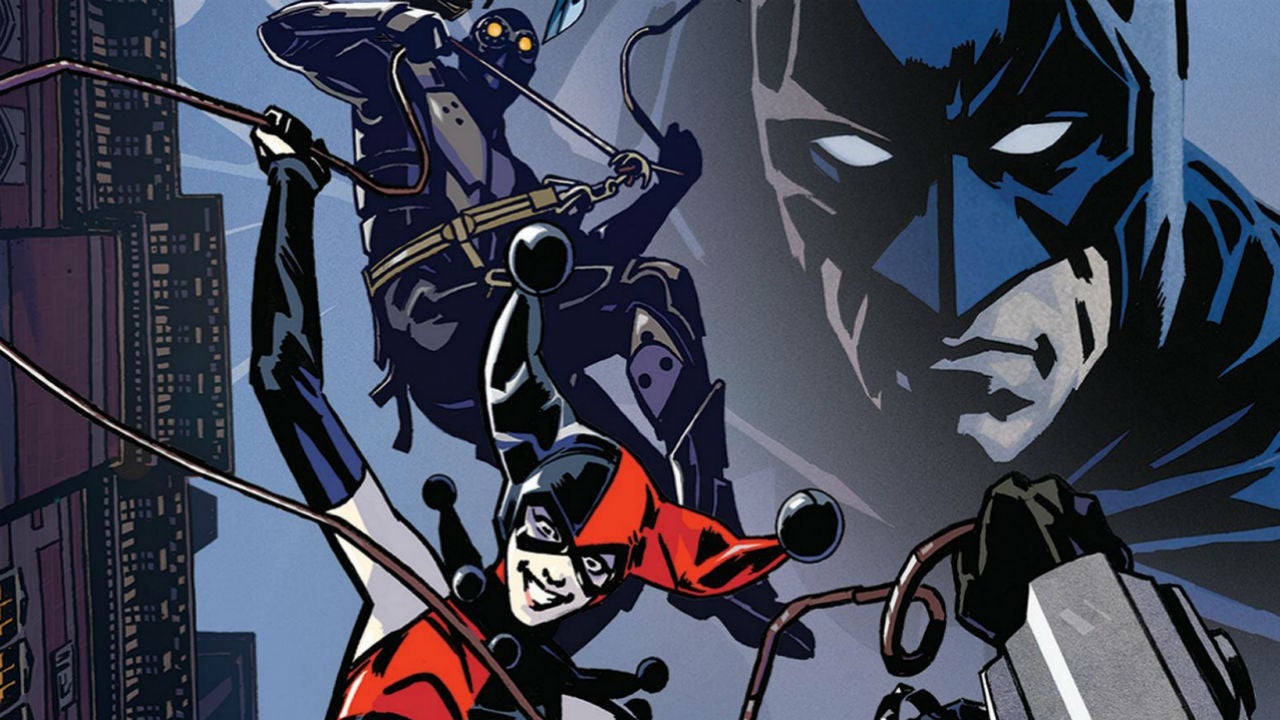 Batman: Assault on Arkham is an animated film set in the Arkhamverse, roughly two years before Arkham Asylum. Those only interested in the games can skip the film without much effect, but those interested in the full Arkhamverse narrative should check it out — it’s available to stream on HBO Max and happens to be a pretty entertaining movie; our review awarded it an 8.8, calling it “a great heist film.”

Like Arkham Underworld, Arkham Assault shines the spotlight on Batman’s adversaries, following Harley, Joker, Riddler, and others as they infiltrate Arkham Asylum, ultimately freeing many of its most notorious inmates.

Rocksteady’s first Batman game, Batman: Arkham Asylum introduces us to the Arkhamverse’s verson of the Caped Crusader (voiced by Kevin Conroy). It’s the fourth game in the chronology but the first to be released. Mark Hamill’s Joker serves as the primary villain, though the cast of characters also includes Harley Quinn, Commissioner Gordon, Scarecrow, Bane, Poison Ivy, and others.

With the help of Harley Quinn, the Joker infiltrates the asylum to obtain a super-strength serum called Titan. The Clown Prince had bombs planted around Gotham City, threatening to detonate them should anyone come to Batman’s aid, leaving our hero to deal with the asylum’s escapees alone.

Arkham Asylum’s story was written by Paul Dino, whose long history with the franchise includes many writing credits on Batman: The Animated Series and Batman Beyond. 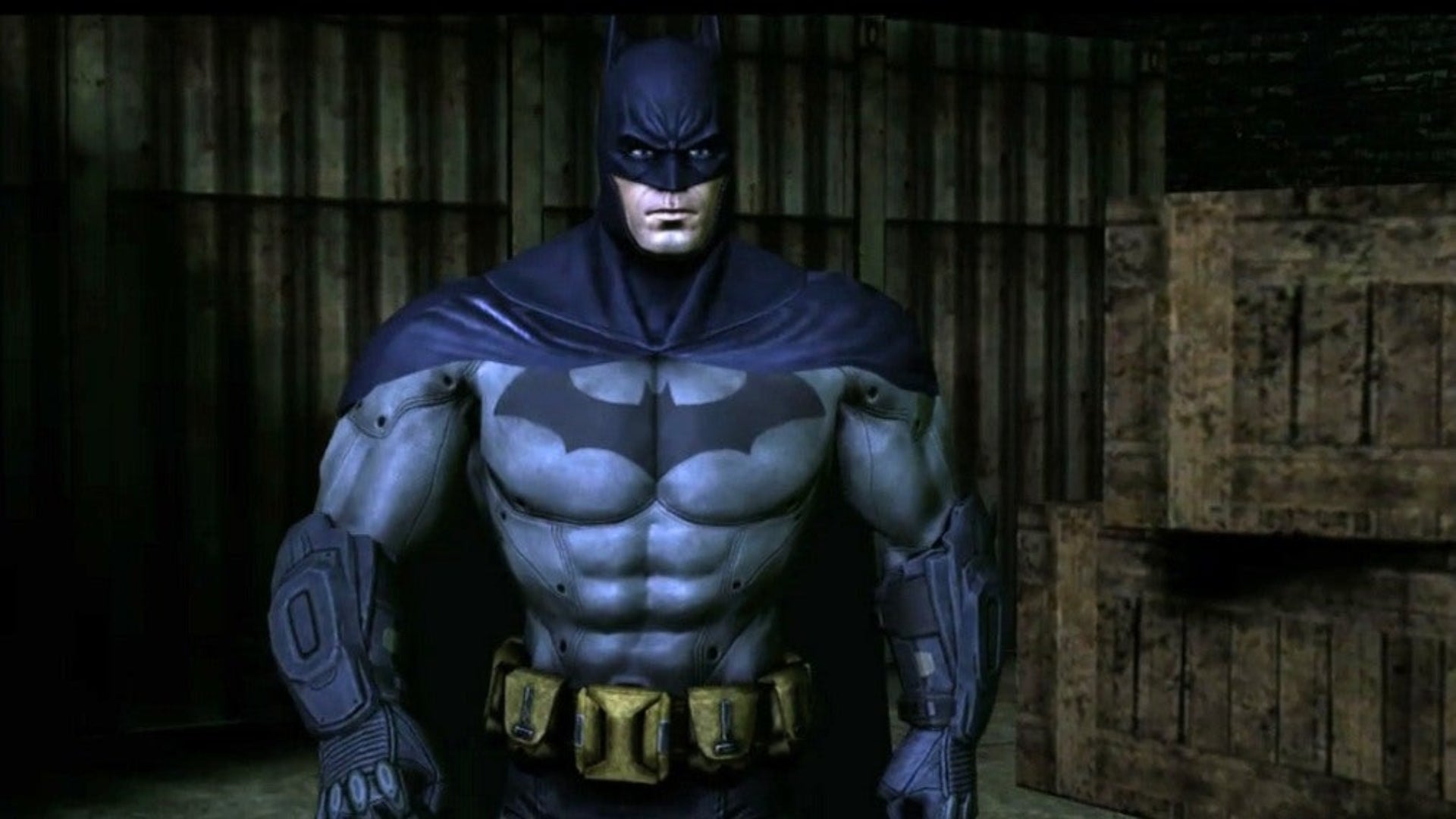 Released shortly after Arkham City, Batman: Arkham City Lockdown is a fighter set between the events of Asylum and City. It’s the first Arkham mobile game to be released and the second developed by NeatherRealm (the other being the aforementioned Arkham Origins mobile game).

We’ll spoil this one since the plot is relatively inconsequential and Arkham City Lockdown is no longer available to purchase: Batman prevails and returns the escaped prisoners to the asylum. Batman must also deal with a separate threat from the Joker, who’s dealing with the ill effects of the Titan serum he took during the events of Asylum.

Arkham City’s story, like Asylum’s before it, was written by Paul Dini. The series’ lone virtual reality game, Batman: Arkham VR is set shortly before the events of Arkham Knight. It’s a narrative-driven game focused on detective work as Batman tries to solve the murder of a close ally.

Given its nature as a story-heavy game, we can’t say much here, but if you have access to a VR headset, Arkham VR is certainly worth playing, especially considering its brief ~90-minute runtime.

The conclusion to Rocksteady’s trilogy of mainline Batman games, Batman: Arkham Knight raises the stakes with the series’ biggest version of Gotham, its most varied cast of characters, and the introduction of a fully playable Batmobile.

Arkham Knight is set on the night of Halloween, presumably less than a year after the events of City. Scarecrow (voiced by Lord of the Rings’ John Noble) is threatening Gotham City with his fear toxin, while a new threat surfaces in the mysterious Arkham Knight. Batman, all the while, is dealing with internal torment as an effect of the previous games.

All three threads are wrapped up by the end of Arkham Knight’s ~16-hour campaign, though you’ll have to earn 100% completion to see the game’s true ending.

Rocksteady’s next game is moving away from Batman and Gotham, yet it’s officially “a continuation of the Arkhamverse,” according to the developer. Rocksteady promises “a lot of the threads and storylines [from past Arkham games] will come to fruition.” While it’s unclear how much time has passed since Arkham Knight, those comments clearly indicate it will be set further in the future than any previous Akrhamverse game.

Kill the Justice League shifts the focus to Task Force X, as players explore Metropolis as either Harley Quinn, Deadshot, Captain Boomerang, or King Shark. It’s due out in Q2 2023.

How to Play the Batman Arkham Games By Release Date