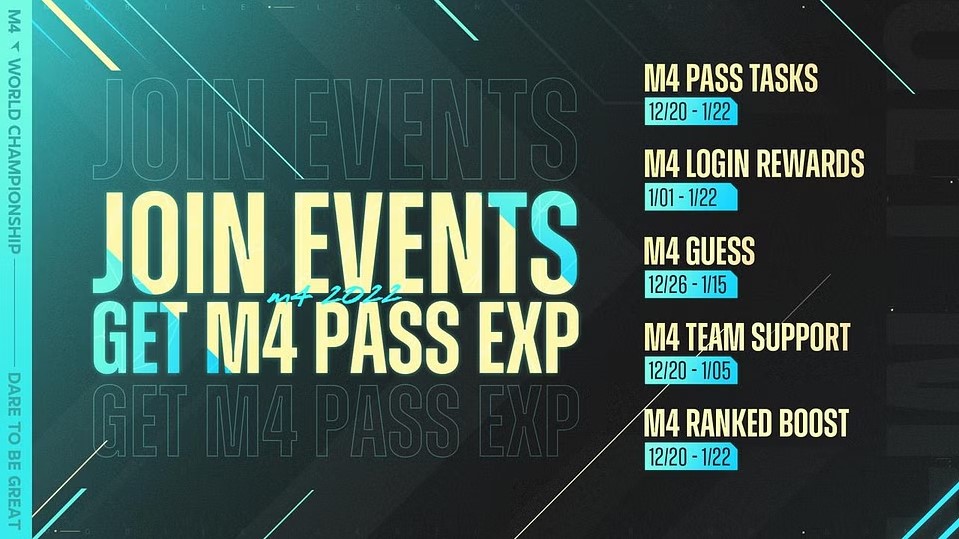 The M4 World Championship’s upcoming content has been officially announced. Data miners say that the next Mobile Legends: Bang Bang (MLBB) Battle Pass will come with a special skin for the world series. For players who are determined to get the best rewards, the featured skins will be the Light Chaser Beatrix M4 skin and the Prime tier Stellar Brilliance Beatrix skin. Aside from the Battle Pass, players will also enjoy Login Rewards, M4 Team Support, M4 Ranked Boost, and other events. The M4 World Championship will begin on January 1st, with the top 16 teams from around the world competing for the title of world champion.

An animated trailer for the upcoming M4 Battle Pass has been revealed by MLBB on its official YouTube channel. The trailer gave players a glimpse at the two new skins that can be unlocked in the upcoming Battle Pass.

The M4 Skin, Light Chaser Beatrix, and its upgraded form Stellar Brilliance, which is classified as a Prime tier skin, are shown in the trailer. The M4 Battle Pass will be available on December 20th.

Players can obtain the two new skins by progressing through the Battle Pass. Players can also buy the Beatrix Light Chaser skin for 399 diamonds, or level up their respective battle pass to Level 75 to get the Beatrix Stellar Brilliance skin. Once a player reaches Level 150, they can purchase a real-life M4 Beatrix figurine.

Have you missed out on previous M1 and M2 championship rewards? Rewind time by acquiring event shop currency, which can be obtained through M4 Pass rewards or by purchasing diamonds.

If the M4 World Championship viewership reaches certain thresholds, free rewards and codes will be distributed! Keep an eye out for the in-game code, which can be redeemed on the Mobile Legends: Bang Bang code redemption page, while watching the competition online on TikTok, Youtube, Facebook Gaming, and other platforms.