Marvel and Disney Games Showcase 2022: Where to Watch, Start Time, What to Expect, and More

The long-awaited D23 Expo 2022 has finally arrived, and Day 1 of the event features panels of all kinds.

One of the biggest attractions of the day has to be the Disney and Marvel Games Showcase, which will take place later today. The event is confirmed to feature exciting reveals, announcements, trailers and more.

To know more about the panel and all the games that will be discussed during the show, here’s everything you need to before tuning in.

When and where to watch the Disney and Marvel Games Showcase?

The Disney and Marvel Games Showcase will begin later today at 1PM PT/4PM ET/8PM GMT. The panel will be live-streamed on various D23 and Marvel social media platforms like Twitch, YouTube, Twitter, and Facebook. 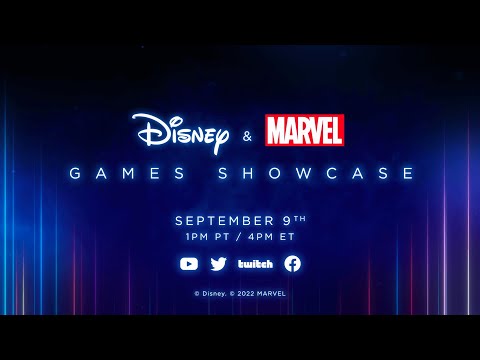 Also Read: PlayStation’s Jim Ryan Miffed by Microsoft’s Proposal To Not Push the Exclusive Tag on Call of Duty for Three Years

What to expect from the Disney and Marvel Games Showcase?

Furthermore, the event will also give fans their first sneak-peek at a new AAA, story-driven Marvel ensemble game from Amy Hennig and Skydance Media. The partnership between Marvel and Skydance Media was announced last year, and recent reports suggest that the game might revolve around the Fantastic Four.

Other than that, fans are also hoping to hear more from other Marvel and Star Wars franchises like Insomniac’s Spider-Man 2 and Wolverine, Respawn’s Star Wars Jedi: Survivor, Marvel’s Avengers and even the troubled KOTOR remake.

To learn more about the future of the superhero gaming landscape, you should definitely join in on the fun later tonight.