Google will give you free Stadia hardware if you just please…

Facebook services are starting to come back online after a…

Samsung’s latest flagship phones are getting the…

The cherry on top of Android 12? A publicly recognized…

Netflix kickstarted its mobile gaming ambitions by launching two games based on its popular Stranger Things series in Poland in late August. A month later, the company is expanding its mobile gaming initiative with three new games, now available in a total of three countries: Shooting Hoops, Teeter Up, and Card Blast.

Netflix has not developed any of the new games, and they are not related to any of its series or movies, either. Instead, it has licensed the titles from their developers: Frosty Pop for Shooting Hoops and Teeter Up; and Rogue Games for Card Blast. These are casual games meant to cater to a wide range of audiences.

The new gaming titles show up inside a “Games” tab in Netflix’s Android app, if they’re available in your region. You’ll be redirected to the Play Store to download and install a title, where it’s listed under Netflix’s developer account. Before you can start playing, you’ll have to enter your Netflix login credentials. All the games are free to play and do not contain any ads or IAPs.

Apart from Poland, the games are available in Spain and Italy (as first spotted by TechCrunch), where Netflix subscribers have also gained access to the two Stranger Things titles. Just like Poland, Spain and Italy have active mobile gaming crowds, which is why Netflix expanded its gaming efforts to these countries. It also eventually plans to launch its games in the US and other countries, but there’s no concrete date yet.

Netflix’s gaming ambitions might seem small right now, but it looks like the company is serious about entering this market. It recently acquired its first game development company, Night School Studio — the developers behind Oxenfree, Oxenfree II, and Afterparty — to further bolster its gaming efforts. Sure, the current set of games might not attract hardcore gamers, but that’s not the audience the company is targeting right now. 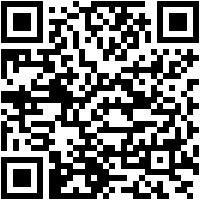 Android 12 is ‘live’ today, but not in the way you’re hoping for

How rising UK Covid cases could be ‘a compelling argument…

WNBA Finals viewership was up from last year – here’s…