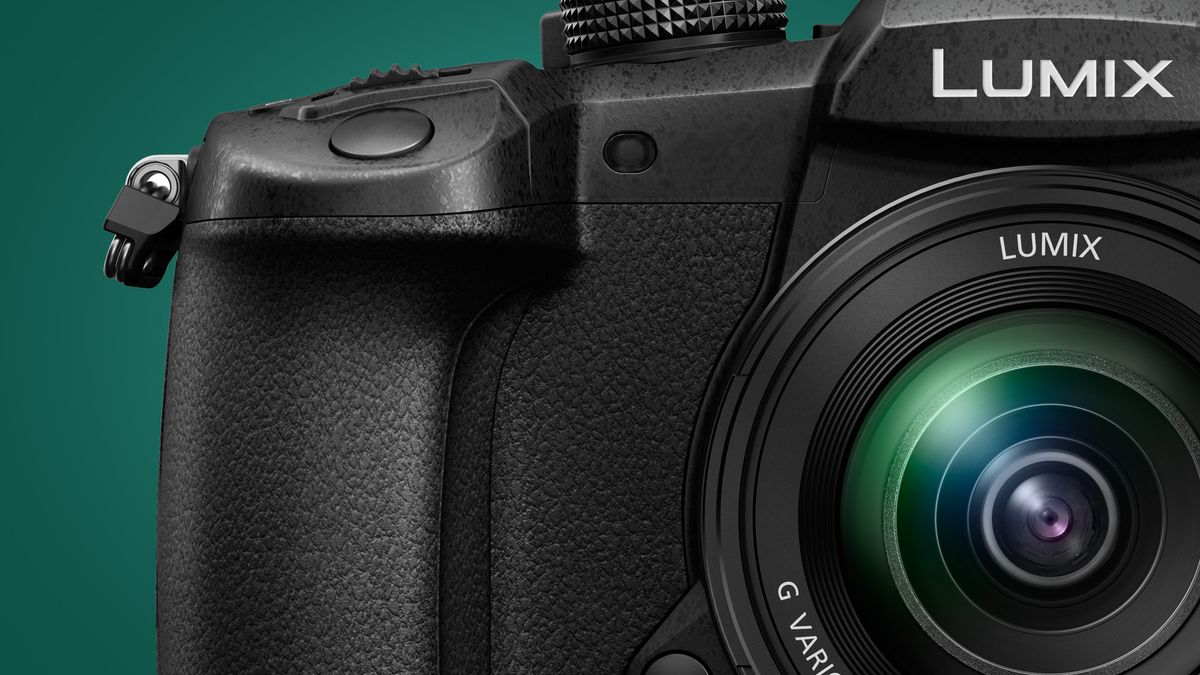 The Panasonic GH6 strongly rumored to be the next entry in the GH series, a mirrorless camera range that has proven hugely popular among videographers in recent years.

With its predecessor, the Panasonic GH5S, now two years old and the Panasonic GH5 arriving a year before that, the series is certainly due a refresh. We expect it to arrive in 2021 and recent rumors appear to back that up.

So what new features will the video-focused mirrorless camera bring? Well, the GH6 is unlikely to mark a radical shake-up for the series in terms of design, with its Four Thirds sensor expected to retain the line’s familiar size and shape.

But some recent rumors have suggested there might be more than one new GH6 variant announced this year, along with a brand new sensor that’s capable of shooting 8K video.

Below, we’ve rounded up all the information we have surrounding the GH6 – from its release date to the features it might arrive with to fight back against new rivals like the Fujifilm X-T4.

The Panasonic GH6 is strongly rumored to launch this year with a sensor that’s capable of shooting either 6K or 8K video.

The Panasonic GH6 was expected to arrive way back in May 2020, before the global pandemic threw a large spanner in the works of global release calendars. We were expecting to get our first glimpses of the mirrorless camera at the Photokina show, before that was cancelled.

Of course, Panasonic could have announced the GH6 through a YouTube stream or similar, as has been the case with most tech launches in recent times. But the company has so far chosen to hold fire on an official reveal.

That reveal might be edging closer, though, if recent rumors are anything to go by. In April, Spanish tech outlet Photolari reportedly attended a Panasonic press conference in which executives told attendees that the successor to the GH5 “will be unveiled within 2021”.

This is still just speculation, mind, with earlier rumors suggesting we’d see an announcement around August or September – but it certainly feels like the wheels are now in motion for the long-anticipated launch.

It’s worth noting, though, that while pre-orders will likely start upon the camera’s release, you probably won’t be able to get your hands on the GH6 until a few months afterwards.

At the time of writing, you can buy two Panasonic GH5 series cameras new – the GH5 and GH5S. The next generation is rumored to have three members; the GH6, GH6V and GH6X.

Their letters don’t really matter, but what they connote does. The Panasonic GH6V is the equivalent of the GH5S, a camera made for video.

The GH6X is designed for stills and the GH6 is an all-rounder, and almost certainly the cheapest of the three. It will directly fill the space left by today’s Panasonic GH5.

We end up with a family structure very similar to that of Sony’s full-frame A7 series, or Panasonic’s own S1 family.

However, Panasonic may well stagger their releases. Don’t expect to hear about all three in August. This triple GH6 rumor also came from a Facebook group, so its veracity is highly questionable.

The Panasonic GH6’s sensor details provide one of the juiciest rumors to date. It will reportedly be based on the Sony IMX594 or IMX492, with the latter the most likely according a recent post from 43Rumors. Both are Four Thirds camera sensors listed for use in security and surveillance cameras.

They have an effective resolution of 41MP shooting at 4:3 aspect ratio, very high for this size of sensor. This is a worry when smaller sensor pixels usually mean more noise at higher ISO sensitivities, but these sensors are designed specifically to cope with minimal light.

If the Panasonic GH6 does use a consumer camera take on the IMX594, it will likely benefit from the same advancements, wrapped up without the Starvis name stuck on the front.

Those sensors are also capable of 8K resolution video capture at 30fps, which would be a natural evolution for the series. The Panasonic GH5S can shoot at up to 60fps in DCI 4K resolution, which is 4096×2160 pixels. And the cheaper GH5 even has a 6K capture at 30fps mode, added in a 2017 firmware update. However, it is not part of the core feature set and is effectively a tweak of the 6K burst stills mode the camera had at launch.

If Panasonic is to separate this family into three forks, it seems unlikely all three will offer 8K capture. But there are other rumored upgrades too, including 6K capture and 4K Raw.

A “Raw” codec is one of the rival Blackmagic Pocket Cinema Camera 4K‘s key features, but it is not Raw in the purest sense, as the codec still reduces file size to avoid the ungainly weight of completely unprocessed footage. Blackmagic calls its Raw format “visually lossless”, the most important parts being 12-bit color and a flat profile to maximize dynamic range.

However, the Panasonic GH6 is likely to have the same 10-bit 4:2:2 color as the GH5S. So what will the 4K mode actually add? It may be a higher bit-rate alternative to V-log, a flat format that preserves dynamic range for greater editing flexibility.

One of the most predictable feature rumors of the Panasonic GH6 is that it will have better autofocus. Just about every camera refresh promises faster focusing, but this time there is also talk of a completely new focusing system.

GH series cameras use Panasonic’s “Depth from Defocus” focusing, which is effectively fancy contrast detection. Predictive algorithms speed-up focusing significantly, but not to a “best in class” level. The obvious place to head next is on-sensor phase detection points, as used in most other compact system cameras.

Phase detection has been used in Micro Four Thirds cameras before, such as the Olympus E-M1 III, so this is not a fanciful idea. However, there is still a chance Panasonic may stick with an intelligent contrast detection system, perhaps invoking “AI” to convince us it is that much smarter than Depth from Defocus.

There’s also plenty of scope to improve tracking and eye AF using software with this approach, rather than jumping to on-sensor phase detection focusing.

There are two other upgrades on the cards; an improved IBIS system and a longer-lasting battery. The Panasonic GH5S is rated for 410 shots per charge, or 60 minutes of video, and uses the same BLF19 battery as other GH-series cameras since 2012’s Lumix GH3.

However, a larger battery is also likely to increase the size of the camera itself a little. And this may annoy some when full-frame mirrorless cameras have relatively small bodies. Of course, the Micro Four Thirds system also has smaller lenses at comparable specs compared to full frame camera, and many like the sturdy-feeling grips of the Panasonic GH cameras.

The Panasonic GH6’s job is to offer something for videographers that full-frame and APS-C cameras cannot. One way to do this is obvious – it could provide 8K or 6K video capture for far less money than the Panasonic S1H, and do the job much better than the so-so 6K mode of the Panasonic GH5.

There are big questions around the rumored sensor, though. Will a much higher 41MP resolution lead to significantly worse high ISO performance, which is already an issue thanks to the series’ smaller sensors? And will that sensor have on-sensor phase detection points?

These are areas we may hear more about before the Panasonic GH6 launches officially later this year. In the meantime, we’ll bring you all of those latest rumors and official news on this page when we hear it.

RUMOR: Sony A7cII will be released about one year after the A7IV (which is coming in September) – sonyalpharumors 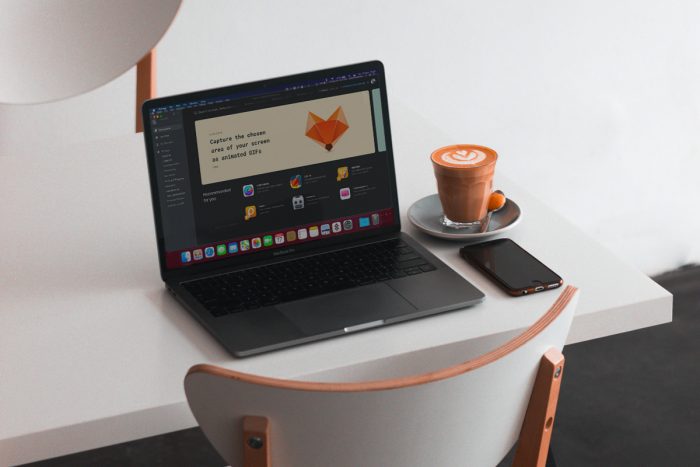 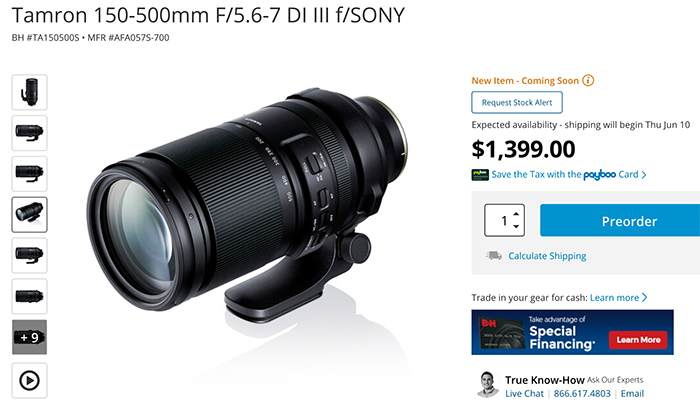 Sony 50mm f/1.2 G Master Review by Petapixel: “It Was Worth the Wait” – sonyalpharumors