PMWI 2022: As we inch closer to PUBG Mobile World Invitational (PMWI) 2022, teams are finalizing their moves and strategies ahead of…

PMWI 2022: As we inch closer to PUBG Mobile World Invitational (PMWI) 2022, teams are finalizing their moves and strategies ahead of the global event. One of the popular teams in India, GODLike Esports announce the collaboration with South Asian champions, Slatwart Esports to form GODLike Slalwart Esports. Both organizations came together and released a video sharing their partnership a few hours back. Here is all you need to know about the partnership. For future updates on Battlegrounds Mobile India, follow .

All you need to know about GODLike & Stalwart Esports

GodLike Esports requires no introduction for the Indian community as it is one of the most popular organizations in India. It is owned by gaming influencer Kronten. The organization currently has rosters in three games – BGMI, Free Fire, and COD Mobile. On the other hand, Stalwart Esports is an Indian organization with the Mongolian squad and is one of the best PUBG Mobile teams in the world. The team bagged several titles in major tournaments. They are currently the South Asian champions.

Read More: BGMI Ban: Krafton’s investment in Indian esports might be uprooted due to Battlegrounds Mobile India ban, CHECK HOW

Stalwart Esports came to prominence when they won the PMCO 2020 Wildcard Spring. Since then, they have never looked back impressing everyone with exceptional performances. Furthermore, they were the winners of the previous two major tournaments – PMPL South Asia Spring, and South Asia Championship 2022. The team would certainly be among the best candidates for the PMWI: Main Event trophy. 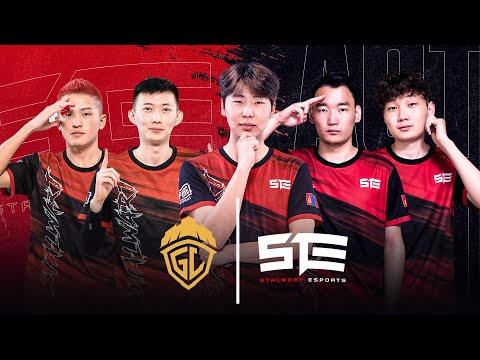 The Co-Founder Of Stalwart Esports, Towqeer Gilkar is delighted to join hands with GODLike. He said,  “With this partnership, we not only want to amalgamate the two powerhouses in Asian Esports but also to maximize the chances of bringing the Cup home.”

Their partnership came just after the BGMI ban following the Indian government’s order. It was shocking news for all fans as Krafton had released the Indian version of PUBG Mobile a year ago.

The team got invited to the Main Event of PMWI 2022 which will be held from August 11 to 13 and features a total prize pool of $2 million. The best five teams from this phase will move to the second phase. Team Soul from India has also been invited to the Main Event, While 7Sea will take part in the AfterpartyShowdown. For future updates on Battlegrounds Mobile India, follow .

What is Section 69A Under Which BGMI Was Reportedly Banned?