On September 10th, #R6M is headed to #UbiForward! We’ll be announcing all the territories AND start date for the Closed Beta! 😎

Justin Swan, our Creative Director will be sharing all the details. See you there! 🎉 👉 https://t.co/5ryeoiO1ZT pic.twitter.com/r5Oljd7m4m

This testing is available for a limited number of players who get a chance to play the game before the release. Rainbow Six Mobile is a competitive, multiplayer first-person shooter game for mobile gamers. Players can compete in Rainbow Six’s classic Attack vs. Defense game modes. They can play as an Attacker or Defender in fast-paced 5v5 matches and face intense close combat while making timely tactical decisions. Gamers can choose from a roster of Operators with unique abilities and gadgets. Players will get the experience of the ultimate tactical shooter game, designed exclusively for mobile. 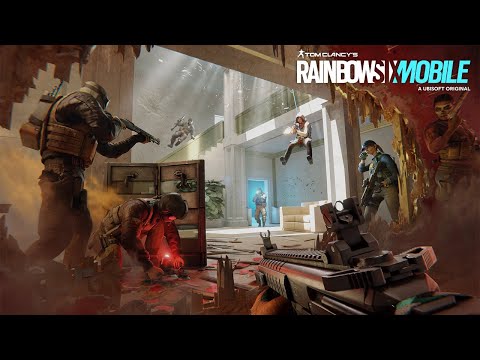 Here is a step-by-step guide for pre-registration for Rainbow Six Mobile on Google Play Store:

Now the process for pre-registration is over, players can wait for future announcements. If they are lucky, they might get a chance to play the game before its release. Rainbow Six Mobile is set for a 2022 release, although the official date has not been announced so far.

A PlayStation 5 Horizon Zero Dawn Remaster and a Horizon Multiplayer...

Rajiv Bhatiya - October 3, 2022
Sony Interactive Entertainment is not really a stranger when it comes to remasters and remakes. They are well known for overhauling games to match...

A PlayStation 5 Horizon Zero Dawn Remaster and a Horizon Multiplayer...