Rush Rally Origins forgoes the typical mobile junk to offer one of the best racers on Android, and it’s out today

The company that makes your JBL speaker is now building…

It’s official, a new Rush Rally is coming to Android, and it recently entered into pre-registration on the Play Store. This is the long-awaited follow-up to Brownmonster Limited’s Rush Rally 3, and this time around, everyone can expect a top-down racer. While we don’t yet know when the game will be released, the fact it’s finally available for pre-registration should signal that we are at the very least nearing that unannounced release date, which is good news for all of you racing fans out there.

Above, you can watch the latest trailer for Rush Rally Origins. As you can see, the series is shifting to a top-down view for Origins, and it looks great in action. Fans of the series can expect 36 brand-new courses along with daytime/weather conditions, all rendered at 60FPS. Global leaderboards are expected, along with controller support.

Thanks to the recent addition of a description in the Play Store changelog section, we know the game is currently a work in progress with some areas suffering from balance issues, with many fixes coming soon. Of course, it’s not like we can install the game right now since it only recently popped up for pre-registration, but it’s nice to know the developer is working to make sure Rush Rally Origins will land as a polished release.

We may not know when Rush Rally Origins will land on Android, but that release should be soon if the new pre-registration listing on the Play Store is anything to go by. It’s definitely nice to know Origins will offer 60FPS gameplay along with controller support, something all mobile games should offer, in my opinion. Of course, if you’d like to receive a notification whenever the game launches to take a look for yourself, feel free to pre-register through the Play Store widget at the bottom of the page.

Only last week did the official Twitter account for Rush Rally reveal that the latest entry in the series would launch on August 19th. Well, that day is today, which means Rush Rally Origins is finally available on the Google Play Store. This is a premium racing game that retails for $4.99 on mobile, which is a deal seeing that the Nintendo Switch version is $10 more. There are no advertisements, no in-app purchases. This is a racer for gamers.

Three racing modes to choose from

Rush Rally Origins offers three separate game modes, Time Trial, Championship, and Race. The Race mode is perfect for a quick match against the AI, Championship requires you to complete multiple races in a row against the AI, and Time Trial is precisely that, a timed solo racing mode. The more you race, the more you can upgrade your vehicles. You’ll also unlock new cars and tracks the more you race, so racing is indeed the key to success. The thing is, this is a proper rally game, and by that, I mean it’s challenging. You will have to race repeatedly just to earn the upgrades needed to advance, but since this is a premium game, the grind is evenly paced.

Controllers are supported out of the box, and the default touch controls are plenty serviceable. Plus, there’s a tilt steering option as well as a wheel option that you’ll turn directly on the screen. You can even choose from two camera modes, one that follows behind the car and one that’s more akin to a traditional isometric view. There’s an online leaderboard as well as online ghosts, but you’ll have to create an account to take advantage of these features. Having tested the game on my ROG 5, I can confirm it supports 30FPS, 60FPS, and unlimited FPS, which means you can play at 144FPS, though you’ll dip below the 120s (not that these fluctuations are jarring at such a high framerate). You can also choose from several resolutions in the settings, with choices ranging from 360p to 1038p. Fully installed Rush Rally Origins only takes up 125 MB of storage.

All in all, Rush Rally Origins is a surprisingly polished racer that should please any rally racing fan. It’s a rare day when we see quality premium games released on the Play Store, especially content designed to appeal to the hardcore. Mark my words, Rush Rally Origins will take plenty of practice to master, so if you’ve been looking for an enjoyable racing game that won’t break the bank while providing hours of fun that demands skill to advance, then look no further than Rush Rally Origins. 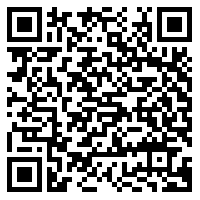