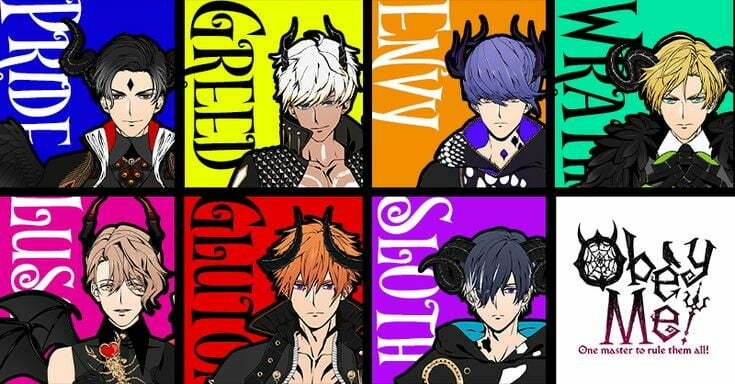 Obey me is a game based on the concept of dating demons. You can text them, date them and even have fun with them. Anime dating games have become so popular that their characters are known for their traits.

There are seven characters in Obey, the first one is Lucifer, the second one is MAMthe the Mthe ON, the third one is the VIATHAN, the fourth one is the TAN, and the fifth one is ASMODEUS, the sixth one is BEELZEBUB and the last seventh one is BELPHEGOR.

In this section, we are going to answer some of the most asked questions about some of the famous characters.

Stay tuned with us!

You will know all the required information about the characters.

Obey Me is famous for its incredible interface and various customization options. You will find optimization to customize the wallpaper, interface, and options to make things according to your preference. Reviews say Obey Me is one of the best interfaces.

Character’s costume, outfit, accessories, and music entrants the most. You will know which character is known for which trait. Read below to know!

Satan is the fourth oldest demon of Obey Me. Satan has a huge fan following due to certain reasons, we will discuss that in later sections.

First of all, Satan Obey Me is one of the primary characters of the game. He is the 4th oldest and the physically youngest one. He has a witty personality and is loving and caring but in anger, he is most dangerous. We will discuss all Satan Obey and what traits make him so charming.

Let’s begin to explore Physical appearance, Personality and the behavior of  Satan Obey Me!

Satan’s hair is middle parted and he has blond hair. Well, you can see the overall look of Satan Below.

Satan’s look changes according to the occasion like you will different outfits at the party, casual wear, and even for the human world.

One of the most noting features is that he is the opposite of Lucifer. And his appearance is from the day they were launched. Every feature is worth the glance.

If you are into this sexy demon then visit the below section on how you can download and start playing the game.

A certain situation like losing in chess games makes him furious. Except for a few situations, he always remains composed.

Well, he has a lot of likable personality traits.

Satan has various likes and dislikes, if you are planning to date him then you should know all the preferences given below :

Satan Obey Me has a lot of features and traits which show how desirable traits he has. There are situations where he felt being ignored by his brother Lucifer which made him dislike Lucifer.

Besides certain traits, he has one of the desirable personalities.

What is Lucifer’s type in Obey Me?

Lucifer is known as an emotionally unavailable, sadist, and dominating person. He is one of the main characters in obey me. Lucifer’s toxic trait is that he tortures mamon. Overall he is a kind of sad and torturing person. It’s difficult and dangerous to date him.

Satan from Obey Me is one of the most liked characters, thus his choices become more valuable for those who want to date him.
Satan loves the bitterness of the chocolate, therefore he can say he is bitter and enjoys the pain. He’s one of my favorite shows is is “The Mid-Fall Murders”, a show from the Sherlock Game.

WHO welcomed MC in Obey Me?

MC In obey Me was welcomed by Lord Diavolo, the ruler of the Devildom. The welcoming steam started when MC awakens in the darkroom and was welcomed by the Diavolo.
MC was one of the students who was exchanged from the human world because Diavolo concluded that they should start to strengthen the relationship with the human world.

How old is Mammon?

According to Lesson 11, Mammon is said to be 5,000 years old. Mammon is one of the main characters in Obey Me. His relationship with Lucifer is the shooter and he is known for this issue.

Who is the creator of Obey Me?

Obey Me was created by the NTT Solmare Corporation (Headquarters: Osaka, Japan; President: Toshiaki Asahi, hereafter referred to as “NTT Solmare,”).
Obey Me, game, and anime both are creations of the same company

Obey Me has a huge fan base because of its interesting and mysterious characters. Along with that, there are some technical advantages like the high resolution of animation, chat features, and personality of the characters.

Lucifer and Satan are two main and known characters. Well, all the seven brothers are good in their way. But these are the most loved ones. We already discussed these. So, you can date any of the seven brothers. It’s easy and you will love this game.