The Witcher: Blood Origin is nearly here, with its Christmas day debut sure to give The Witcher fans something to talk about over the holiday weekend. This prequel is set in the distant past, 1200 years before the events of the main series, and delights in introducing a compelling cast of new characters over its four episodes. While there is no Geralt, there are plenty of new tidbits and treats for longtime fans of Andrzej Sapkowski’s series of novels and the multimedia franchise that has sprung from it.

Fans of The Witcher will recognize a few marked changes from the world they’ve come to know. When we meet the Elven clans in the main series, they are scattered and afraid that they will soon cease to exist at all, while here, we see some of the major events that led to the fall of the Elven empire. Learning more about the subjugation of the Dwarves that allowed the Elves to rise to begin with and getting a peek at their strict classism adds a bit of context behind why few non-Elves in the main series are eager to see their empire rise anew.

While there are plenty of differences in this mini-series and the main show, there are still some familiar faces and themes here and there. Showrunner and co-scripter Declan de Barra is no stranger to The Witcher, having written episodes of the main series and even singing on several songs on the soundtrack. As we only have one major character from the main series of The Witcher appearing here due to the significant time jump, there are still two other canonical characters making appearances. With all these goings-on, even longtime fans might find themselves in need of a scorecard to keep all these new additions straight. Fortunately, we’ve got it covered.

As the series opens, Jaskier is the first major character that we see, drenched in the blood of the battlefield and sure to meet his end. However, he quickly comes into the acquaintance of Seanchai, who seeks to make use of his abilities as a bard as she requests that he sing her story back to life. Though his role in Blood Origin is mostly to transcribe the epic tale Seanchai describes, the wit and tendency to sulk that we’ve seen from Jaskier in the main series is on full display as he attempts to dismiss Seanchai only to be drawn immediately back into her tale. For longtime fans of the series, Jaskier, based on the novel series’ character Dandelion, needs little introduction, and his conflicting mix of admiration, impatience, love, and jealousy of Geralt is certainly very much on his mind in Blood Origin. When we meet her here, Scian is the lone surviving member of the honorable Ghost Clan, and she now lives in solitude after spending years as a Swordmother, or a trainer of young fighters, in service of the Queen. Fans of Michelle Yeoh will be well aware of her ability to steal just about every scene she appears in, and that goes double here, with Scian possessing biting wisdom and doling out some incredible one-liners along the way. One of the major strengths of Blood Origin is its fight scenes, and Scian’s rate among the very best, which won’t surprise anyone who has followed the many martial arts films of Michelle Yeoh’s career. Though this isn’t one of Yeoh’s most prominent roles in recent years (with that honor likely going to A24’s recent Everything Everywhere All At Once), it is still a solid support role that allows her to show off some of her greatest strengths as an actor. A member of the gruff and gritty Dog Clan, Fjall is disgraced by a mistake he makes early in the series and banished from the service, the family, and the city he’s protected all his life. Naturally, this leaves him reeling, seeking out work as a mercenary and drowning his sorrows with his spare coin. When he meets Elle, that all changes, as the two are aware of the great threat to Elven civilization and quickly discover that they will have to work together in order to try and prevent Ithlinne’s catastrophic prophecies from coming true. Fjall is a rough and tumble warrior who hides his heart, making him a perfect counterbalance to the more emotionally in-tune Eile. 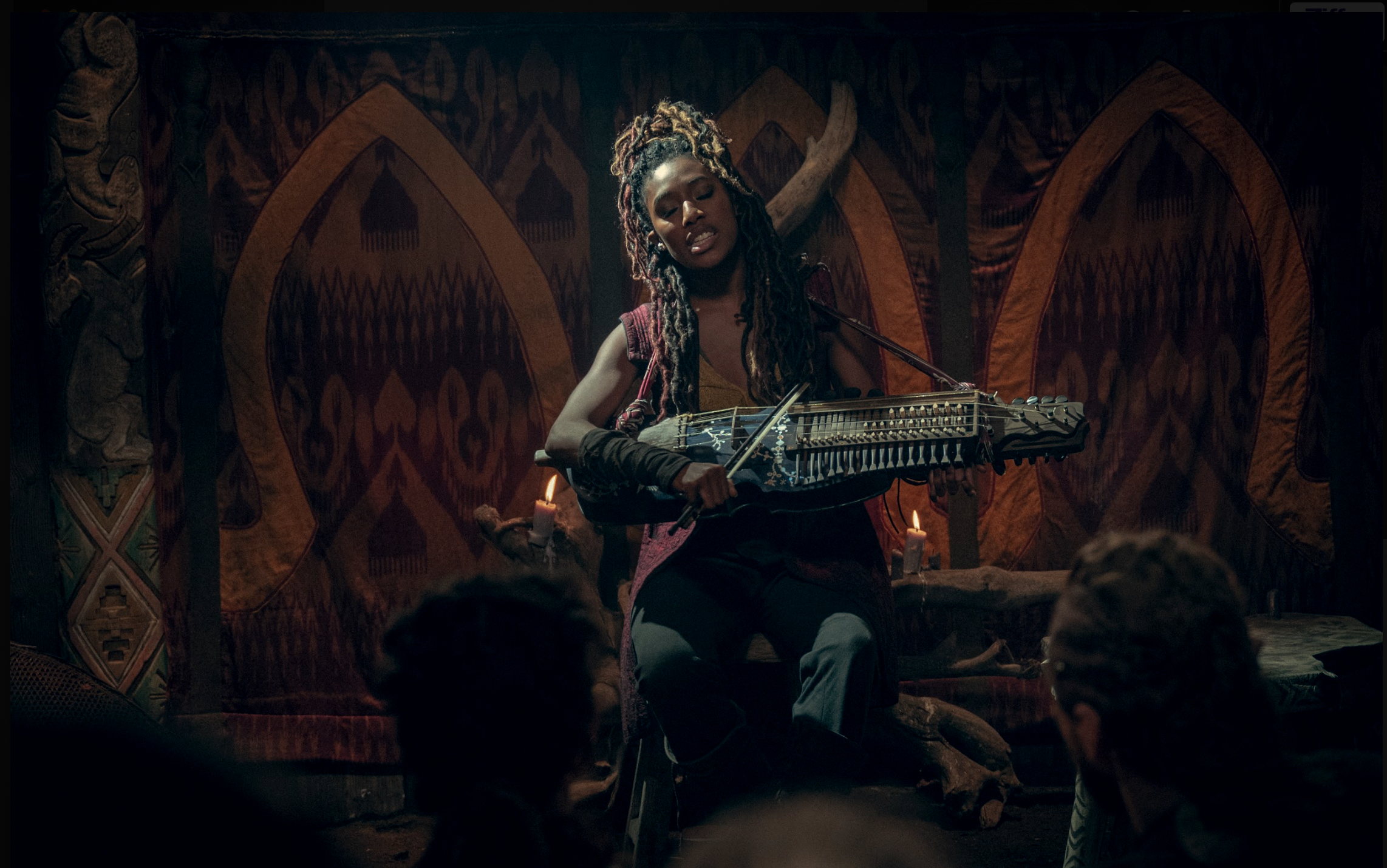 Though she was born into life as one of the Raven Clan, a proud group of warriors often at odds with the Dog Clan, Eile yearned for a life away from the battlefield. Breaking away from her intended life path and choosing instead to pursue an existence as a traveling musician named The Lark, we meet Eile at a crossroads as she feels that she has disappointed her family. Though she attempts to make things right, fate seizes control and sends her on another path. Now officially main series protagonist Ciri’s oldest known relative, the events of Blood Origin see Eile undergo monumental changes and epic fights, though her contributions as a songwriter may prove to be her most impactful.

Though neither of these characters play huge roles in Blood Origin, they will both be very familiar to fans of the franchise overall. We meet Eredin here when he is very young and still has a lot to lose, though longtime Witcher fans will better know him as the intimidating head of the Elven clan known as The Wild Hunt, who served as a general until he slew the king and took his place. Meanwhile, Ithlinne is only a child when we meet her in Blood Origin, though she is known in the larger franchise for being an ancient oracle and healer that prophesied a catastrophic future in which only Elves would survive. These are both characters that drop some major glimpses into the people they will one day become throughout Blood Origin. We have heard reference to the famed “Conjunction of the Spheres,” in which the individual worlds of monsters, men, and elves merged into one. In The Witcher: Blood Origin, we see some of the events that caused this to occur, including the fall of the Elven empire. Behind many of these events is the naive but petty Merwyn, an Elven princess who is intended to wed in order to unite kingdoms but finds herself manipulated behind the scenes and working to seize her own power during a pivotal moment in Elven history. Merwyn is a difficult character to dislike outright due to the complexities of her position, but she is likewise highly complicit in several major events in the series, making her one of The Witcher’s many complicated antagonists. 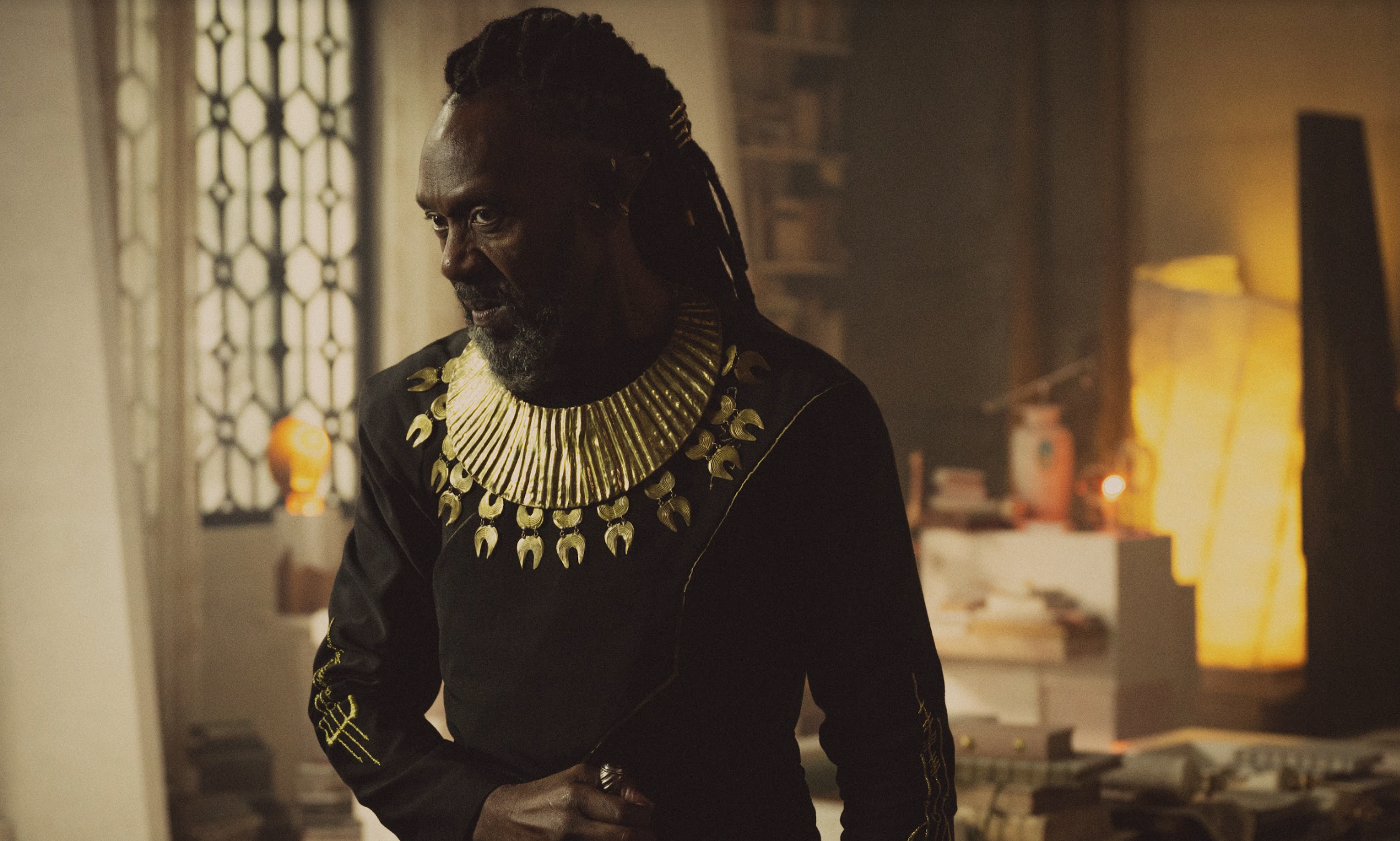 Chief Druid Balor is what is referred to among Elves as “low-born,” meaning his opportunities in life would necessarily be limited due to the power structures of Elven culture. Though he was taken in by the royal family and granted opportunities for advancement, the lessons of the class system stuck with him throughout his life. Here, he works alongside Fenrick, with whom he shares his strongest emotional bond, but his quest for greater power in hopes of somehow erasing the impact the cruelties of Elven classism have wrought upon him is what controls his ambitions. Syndril and Zacare are celestial twins, born as a comet was passing across the sky overhead. Zacare’s mother took Syndril in, effectively making them siblings in everything but blood. Though we meet the two after a falling out surrounding the death of their mother, the complexity of their feelings for one another are obvious, as is the need for them to put such things aside for the good of the group. Both elven sages that work with the elements in hopes of creating greater universal balance, these two don’t see a lot of individual focus, but they are both dedicated to creating a better world, making them increasingly crucial characters as the series plays out. 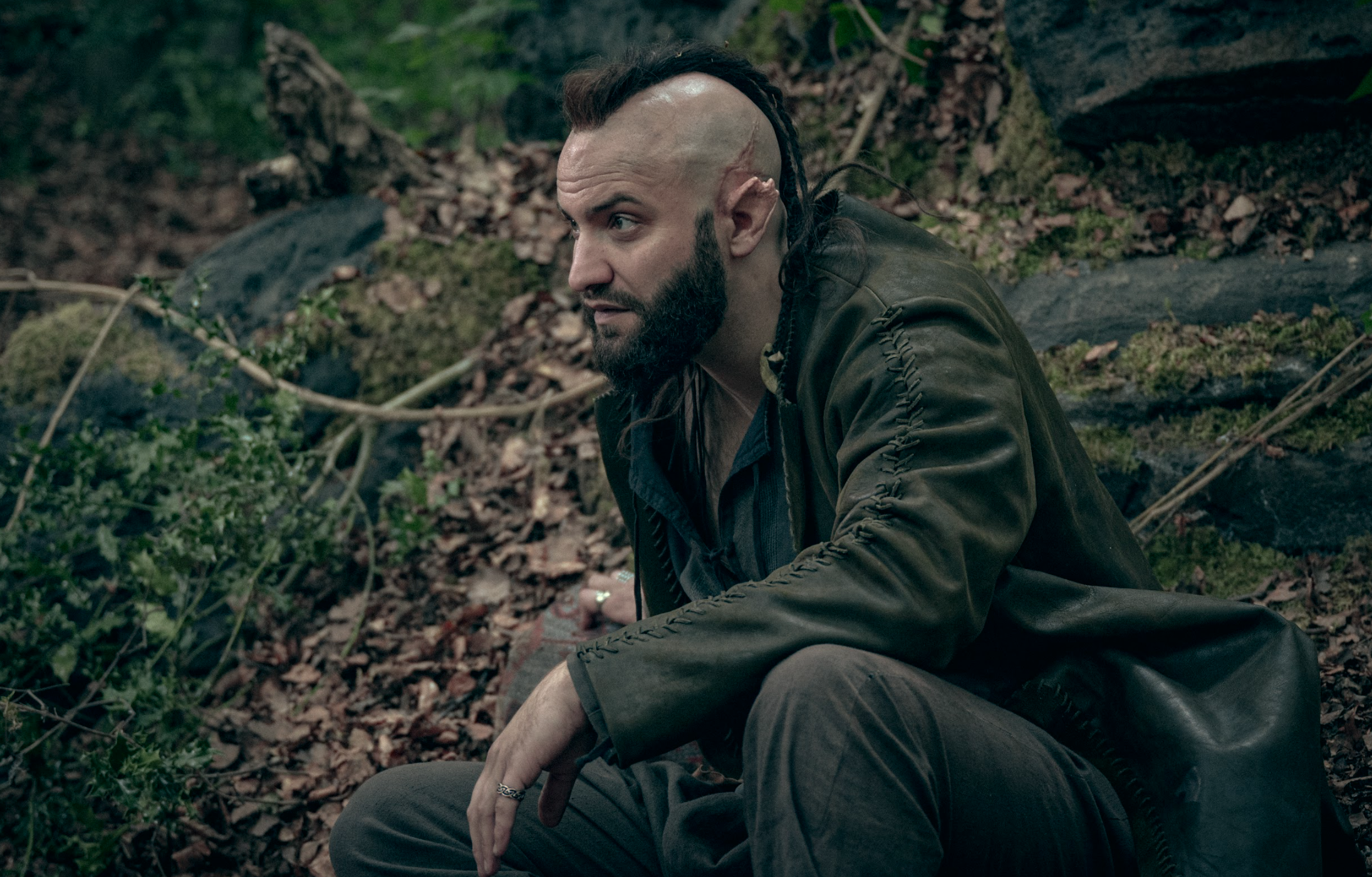 The partner of Zacare, we meet Callan when the group is in need of a healer and he invites them to benefit from her special skills. An elf with little in the way of clear understanding around the way elves have subjugated dwarves across centuries, his friendship with the dwarf Meldof becomes a central part of his growth as a person. Though out of his league in the presence of Syndril and Zacare’s magical abilities, he brings a sense of empathy and a genuine desire to help to the table that brightens each scene he’s in. 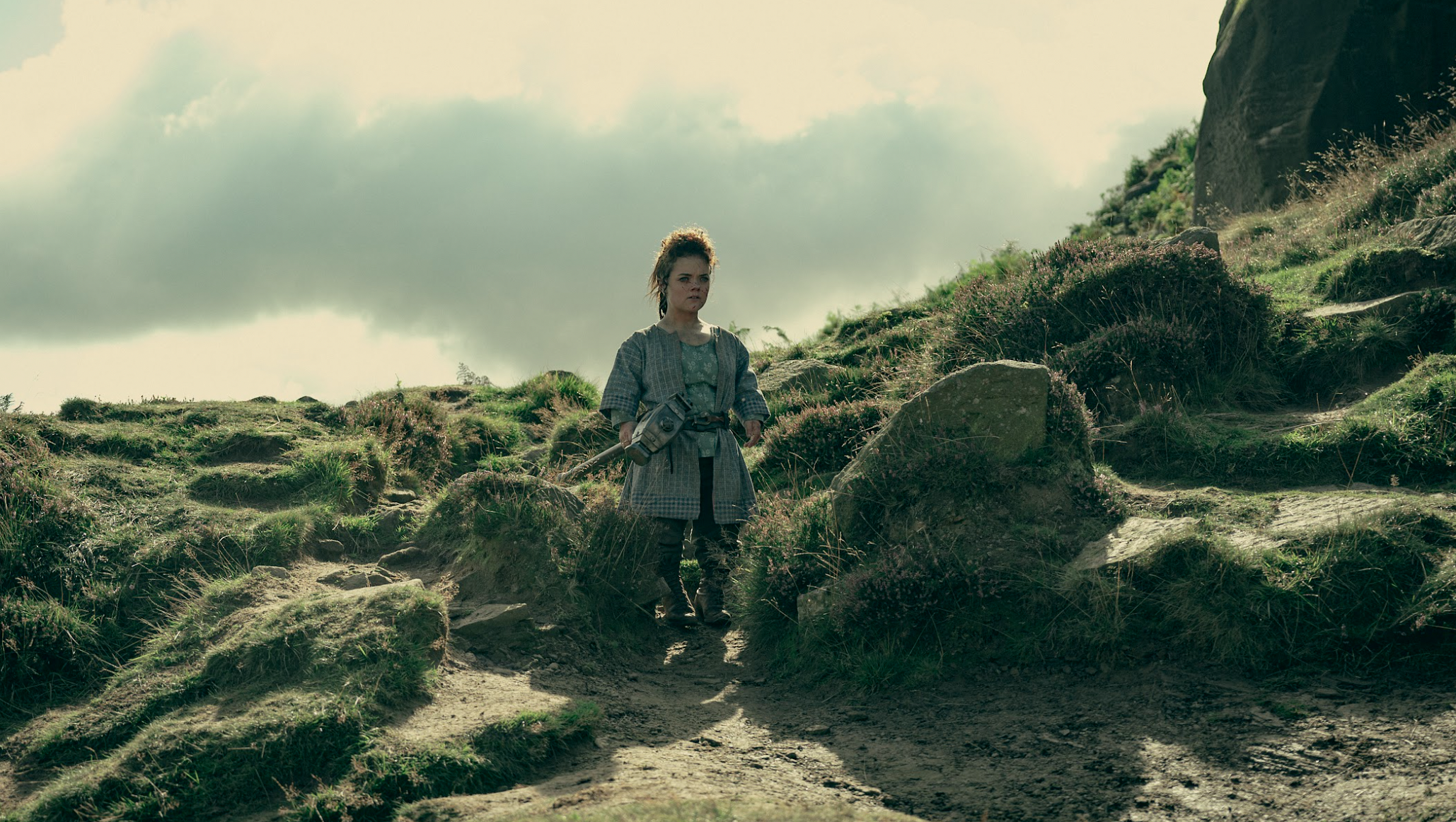 Easily one of the most delightful new additions to the Witcher mythos, the dwarf Meldof is on a mission of vengeance against a very specific group of Elves. Traveling from city to city, she finds each person on her hit list and offers them a quick end with her warhammer, affectionately named Gwen, which she carries on full conversations with. As the series progresses, we discover that there’s a lot more to Meldof than meets the eye, but her unique insight on the power of the lower classes to rise up and a desire to right cosmic wrongs cements her status as one of The Witcher’s most endearing characters. 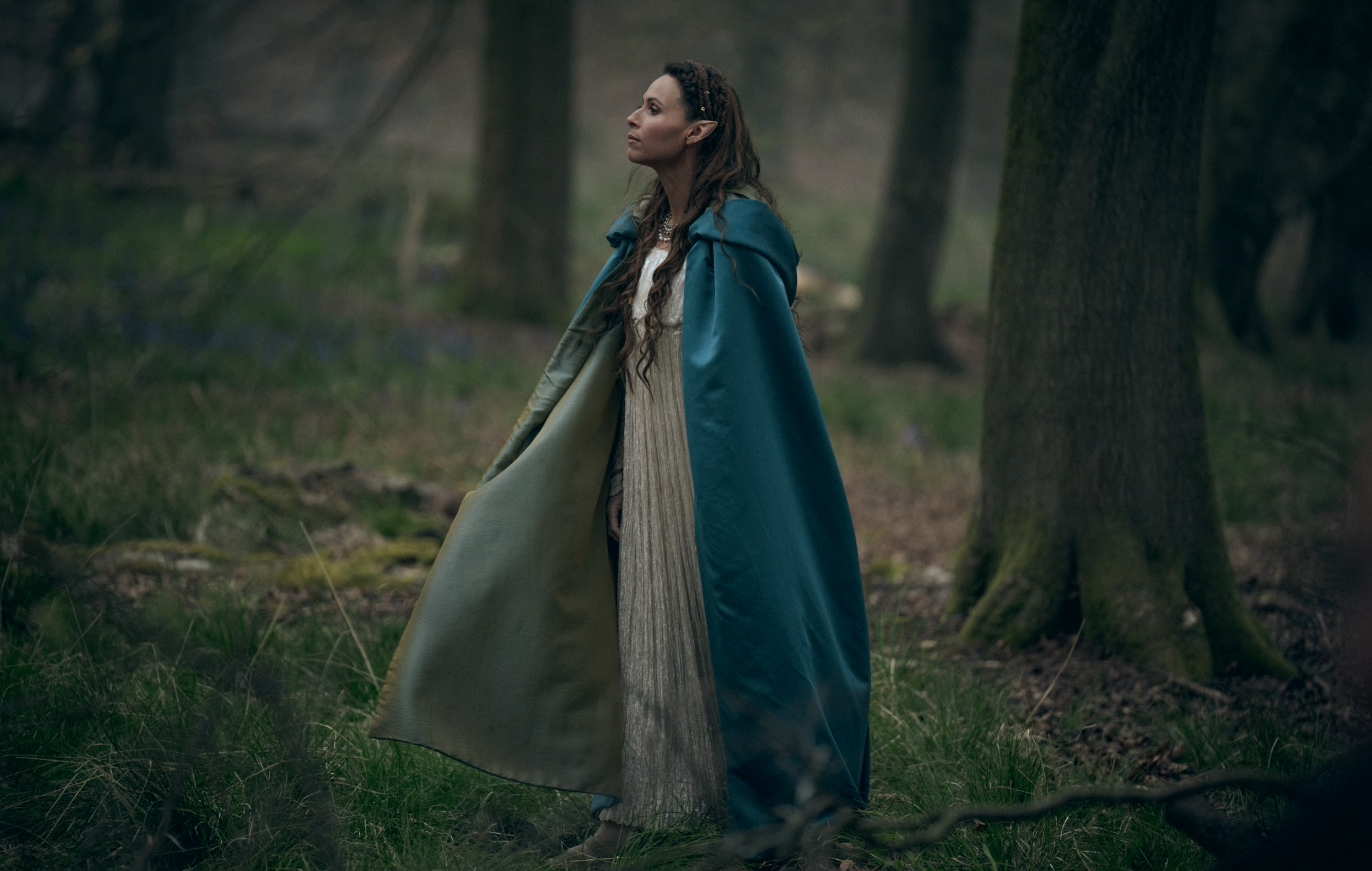 Among all the Blood Origin characters, Seanchai is both among the most mysterious as well as topping out the list of characters we’re very likely to see again in the main series. A shapeshifting collector of ancient lore, Seanchai’s motivation seems to rely entirely on bringing old stories to life in a modern context when the world needs them the most. We meet her as she selects Jaskier to deliver the details of the story she tells him, that of the birth of the first Witcher. Jaskier is hesitant before he realizes that this is songwriting gold, and he takes pen to paper in hopes of spinning the yarn into a tune. The versatility of a shape-changing time-traveling historian with a desire to set the record straight across the ages is exactly what makes us confident that this will not be the last we see of Seanchai.