Crunchyroll has announced that it will release the new romantic comedy anime series Tomo-chan Is a Girl! in both Japanese and English on Wednesday, January 4, 2023.

Here is the English dub cast for Tomo-chan Is a Girl!:

Caitlin Glass will serve as the ADR Director for the English dub, with additional dub languages including German, French, and Russian to be released at a later date. This also marks the first time Crunchyroll has used the same voice actor for both the Japanese and English dubs, with Sally Amaki taking on the role of Carol Olston in both languages.

Here is the Japanese voice cast for the series:

The series is produced by studio Lay-duce, which is formed by former studio Bones producer Yonai Norimoto. Lay-Duce is known for its work on Magi: Adventure of Sinbad and O Maidens in Your Savage Season.

Tomo-chan Is a Girl! is directed by Hitoshi Nanba, with series composition by Megumi Shimizu, character design by Shiori Hiraiwa, art direction and background art by Kenichi Tatefuji, and music by Masaru Yokoyama.

Based on the 2015 four-panel manga series written and illustrated by Fumita Yanagida, Tomo-chan Is a Girl! follows the story of a tomboy girl Tomo, who has a crush on her childhood friend Junichiro. The only problem is that Junichiro only sees her as one of the guys. Despite her attempts to get his attention and show him that she is a cute and feminine girl, Junichiro remains oblivious to her feelings. The manga is well-loved by fans so it’s worth picking up while you wait for the anime to drop. 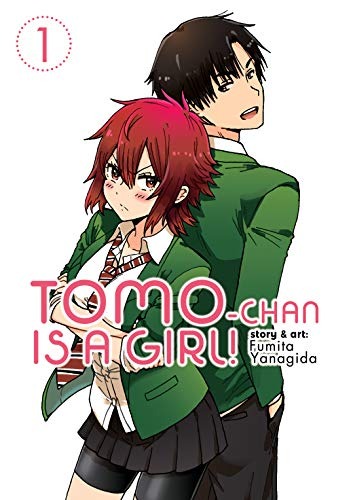 “HE NEVER TREATS ME LIKE A GIRL!”Tomo and Jun have been best buds since they were little kids, but now that they’re in high school, Tomo wants to be more than friends…too bad Jun just sees her as ‘one of the guys.’ Tomo may be a tomboy, but she’s determined to prove to Jun that she’s a woman, too!

Read next: Crunchyroll Announces Hindi and Indian English Dubs and Subs for Demon Slayer, Darling in the Franxx, Fire Force, and More