Top 5 Best PUBG Teams of All Time: Check List- PUBG is one of the esports games that has experienced a meteoric…

Top 5 Best PUBG Teams of All Time: Check List- PUBG is one of the esports games that has experienced a meteoric rise in popularity since its release in 2017. The Battle Royale game is distributed across several platforms, garnering over 30 million daily active users worldwide. Whether it’s on mobile phones or desktops, PUBG has made its mark in the esports scene, breeding some of the most stellar teams yet. Check out the top 5 PUBG Mobile teams of the world. For future updates on PUBG, follow Flizzyy.com

These teams compete yearly in regional tournaments to ascend and dominate the international scene. Fortunately, there’s a point-ranking system during these tournaments that help us see the all-time top teams of PUBG. Currently, the team “Godlike Stalwart” is on top place at the world rankings, with 1127 points.

What Is PUBG And Betting On It?

PUBG, also known as PlayerUnknown’s BattleGrounds or BattleGrounds, is a battle royale game developed by LightSpeed Studios, a division of Tencent Games. This game was published in 2017, primarily for Windows devices. However, its integration into mobile gaming in 2018 gave it better popularity, creating better awareness for the franchise and its esports tournament.

PUBG has broken records since its release to become the go-to battle royale game for many esports fans. Across the world, over thirty million gamers participate in a PUBG match either on mobile or desktop. The first tournament ever of this game was held in 2017 at a Gamescom event. ESL and Bluehole organized an invitation-only event with an attractive pool prize of $350,000.

Since then, the tournament has upscaled into an A-Tier event where matches are held regionally and internationally offline and online. The pool prizes at major tournaments can go as high as $4 million, prompting an unsurprising turn-up of skilled players and elite squads.

With its rising popularity also comes its prominence in the gambling world. PUBG bets are fast becoming a betting market favorite for millions of esports lovers. PUBG betting allows you to stake on your favorite teams to win, break certain records, and perform specific actions. You can bet on PUBG for upcoming and ongoing events on genuine sites with tips, great odds, and multiple deposit and withdrawal options. So, get familiar with pro teams and their strengths to make informed decisions on PUBG tournaments.

What Are The Top PUBG Teams Of All Time?

The PUBG esports tournament hosts at least a hundred teams, and they’re all ranked by a point system. However, these points are based on the most recent performances (24 weeks or 6 months period), which does not outrightly pick out the best teams of all time. However, from extensive research and reviews by esports fans, we’ve compiled a list of the top five teams that live up to the title.

NOVA Esports is a PUBG team from China that has dominated the PUBG scene for years. This team is arguably the most popular, winning two global championships already and qualifying for virtually every international tournament since its inception. The team currently stands at number three in the world with the point-ranking system with 1026 points. In earnings, NOVA Esports tops other teams with over $6.1 million in tournament winnings.

In addition, the team’s players have won some of the biggest awards in the scene, from Best Rookie to MVP. All of these with attached cash prizes that go as high as $75,000.

Vampire Esports is another notable PUBG esports team from southeast Asia. This team has won major PUBG tournaments over the years and has made a reputation as a worthy contender at any event. By the recent point-ranking system, Vampire Esports stands at number 2 in the world with 1071 points. In earnings, Vampire Esports has a total tournament earning of $763,605.

Bigetron Red Aliens (RA) is the biggest PUBG Mobile team in Indonesia. The team has delivered stellar performances in tournaments, winning Indonesia’s Regular season of PUBG Mobile Pro League Season 2. This comes as the topping to their winning the PUBG Mobile World League in 2020. The team has earned over $1 million in tournament winnings. They’ve also won awards from MVP to Best Performance Team.

Alpha 7 Esports is a PUBG team based in Brazil that has led the PUBG Mobile sports team in the region. The team came fifth in PUBG Mobile America’s Championship Pro League Season 1 of 2021. This team has won awards across tournaments for achievements, including most headshots, most special eliminations, MVP, Medic, and Final MVP, among others. In tournament earnings, Alpha 7 Esports has won $490,000. Currently, on the global point ranking system, the team stands at number 8 with 851 points. 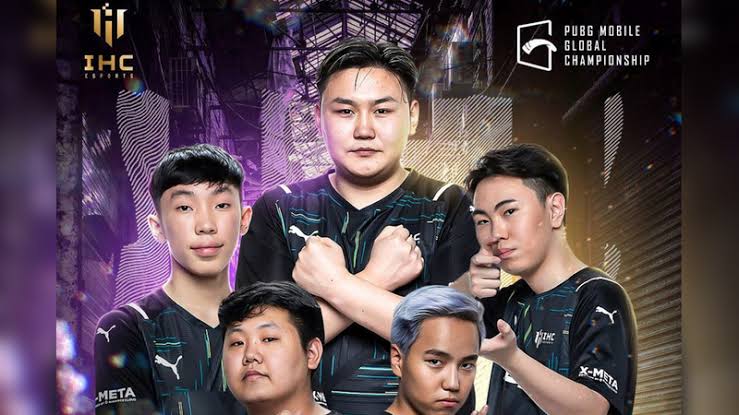 These are our top choices of PUBG teams, owing to their achievements and stellar record at PUBG events and tournaments. Over time, these stats can change with the sheer show of talent we witness at regional tournaments. It’s up to you to remain informed about your favorite teams and capitalize on their strengths to help improve your bets and winnings!