Twitch ban: Twitch bans have become increasingly common these days, and most of the time, these bans are revoked within a few days.…

Twitch ban: Twitch bans have become increasingly common these days, and most of the time, these bans are revoked within a few days. While most times these bans are for legitimate reasons, sometimes, creators also receive such bans for no fault of their own. A similar thing recently happened with popular VALORANT streamer, PROD, who was on the receiving end of Twitch’s infamous ban hammer for saying “f**k it.” For more such updates about streamers and entertainment, keep following ..

It was later revealed that the PROD was handed the ban because Twitch misinterpreted his words and assumed he said the homophobic F slur.

VALORANT streamer PROD receives a Twitch ban due to misinterpretation

Popular VALORANT streamer, PROD, recently took to Twitter to share the news of his Twitch ban. He claims that he said “f**k it” on livestream, but Twitch moderators misheard the same and assumed that the streamer said the homophobic F slur. Naturally, due to Twitch’s policies against discriminatory slurs, the streamer received a Twitch ban.

Valorant streamer PROD was banned live this morning in front of 10,000 viewers. He says he said “f*ck it” but Twitch took it as the homophobic f slur instead. pic.twitter.com/EF1VDkAeRR

The streamer allegedly received the Twitch ban on livestream in front of about 10,000 viewers. Some of the viewers from his chat popped in to the comments section to share their version of what really went down during the livestream, and it seems like the streamer is in the clear so far.

pretty sure he read out lout the spelling fuggit from his chat ( i was there partially) you may ask why did he do this, well uits because another streamer got banned for the exact same thing lmao.

Twitch streamer Shanks was also banned for this same reason the previous day. While Shanks has been unbanned now, PROD still remains banned on the purple platform.

Shanks was quickly unbanned for it, PROD remains banned.

The Twitch vs YouTube streaming debate has really taken off once again, as many popular Twitch streamers have headed off to other platforms, the latest of which is Myth. However, while discussing the reasons behind this decision, many streamers have stated Twitch’s bizarre ban policies as a compelling factor. In fact, Ludwig’s announcement video even took a sly dig at the purple platform in this regard, talking about DMCA bans on YouTube. 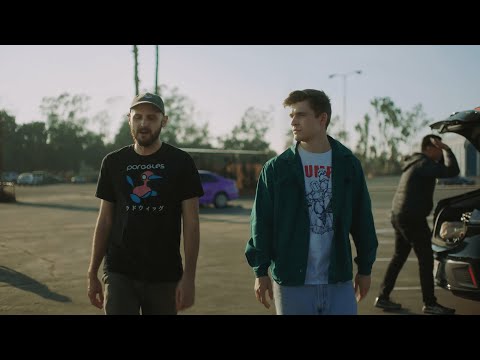 Even though PROD’s ban was an error on Twitch’s part, the ban is yet to be revoked. Actions like this on the platform’s part can propel streamers to venture towards other options to make their streaming career smoother.

Also Read: Twitch vs YouTube Streaming: Why is Twitch seeing a mass exodus as streamers shift over to YouTube?