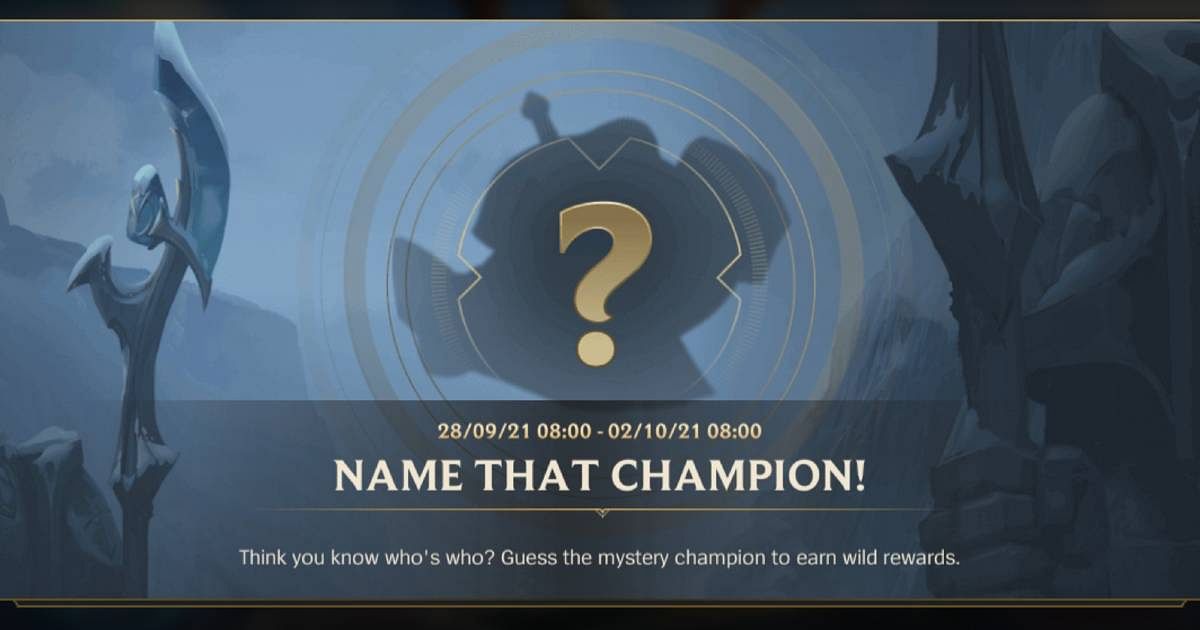 Wild Rift: Riot Games has released a mini-event for League of Legends: Wild Rift called “Name That Champion.” The event will last from 28th September till 3rd Oct 2021. In the Wild Rift Name That Champion event, players will have to guess the mystery champion before it is revealed on 2nd October 2021. Completing event missions gives players more chances to guess the mystery champion and win the grand prize. The Wild Rift Name That Champion event will serve as a way to keep players engaged while waiting for the next patch update that is expected to be revealed in early October 2021.

Can you guess the mystery champion in the Wild Rift event?

Knowing a champion just by its silhouette can be a great skill to have when playing the game. This new type of mini-event will help players to test how familiar they are with the different champions in Wild Rift.

There will only be one mystery champion to guess in the mini-event. Guessing the champion correctly before the reveal date will reward players with in-game resources. Players who do not guess correctly will still receive a consolation prize.

Players can have up to four guesses in the Wild Rift Name That Champion event by completing event missions.

These missions must be unlocked sequentially, this means you must complete the first mission before the second mission can be made available.

Players who miss the mark will still get a consolation prize of 1 Blue Mote Boost.

Since the previously released , the devs have gone quiet for a while. One of the devs, Ben Forbes, did reveal that they will be posting a patch preview video that will give players a glimpse into what they can expect to arrive in the Wild Rift Patch 2.5 update. This patch preview will be released sometime in early October 2021.

Originally, the patch preview was called Dev Diary. However, the series since transitioned to revealing upcoming patch updates rather than discussing the developers’ future plans for Wild Rift.

It will be interesting to see what exciting new content will be revealed when the next patch preview for Wild Rift is released.