World of Warcraft: Blizzard Entertainment announced the release date of Warth of the Lich King Classic. Developers are bringing a fitting end…

From atop the frozen throne of Icecrown Citadel, the Lich King Arthas Menethil—once a fierce paladin prince consumed and corrupted by a misguided zeal to save his people at any cost—marshals his undead army into war against the inhabitants of Azeroth. Warth of the Lich King Classic, the authentic re-creation of World of Warcraft’s acclaimed second expansion, will be released on September 27 (APAC Time). This second expansion will launch globally at 3:30 am IST/ 5 am GMT+7/ 6 am GMT+8. 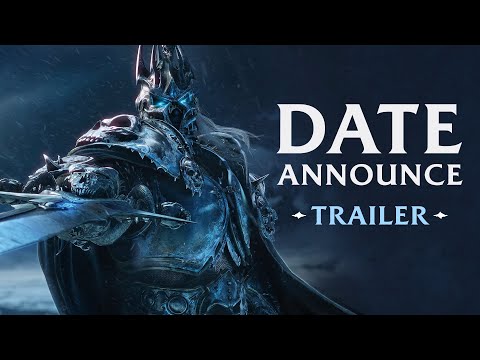 “The epic moments in Wrath of the Lich King Classic feature vast icy environments, unique dungeons and raids, and a gripping conclusion to the story of Prince Arthas. All of this and more made it a favorite of many of our players and us at Blizzard as well. We’re looking forward to providing an authentic experience for returning veterans and an awesome adventure for newcomers exploring Azeroth for the first time.” said World of Warcraft executive producer Holly Longdale.

In the lead-up to launch, players can experience Joyous Journeys, a 50%-bonus-XP event that will run until Wrath of the Lich King Classic’s September 27 launch. Prior to release, all WoW subscribers will be granted the ability to create one Death Knight per Classic realm, which they can bring to level 70 through Burning Crusade Classic content until September 27. In addition, players will also be able to purchase optional upgrades, including new cosmetic items and a level-70 character boost for those who might not yet have a fully leveled character.