Flizzyy
Home Blog Among Us Character 2022: Feature, Types and Customisation 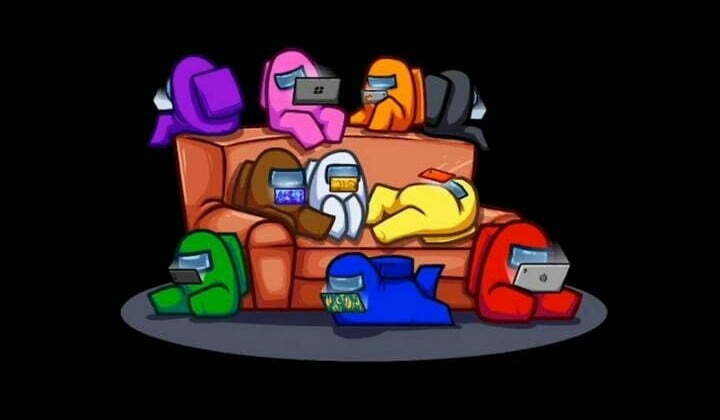 Among Us Character Wants to know about the tiny character of Among Us? Why do some of the players have colorful hats? How you can optimize your profile?

Among Us, the character has various feature that makes them so attention-grabbing. Wanna know what are those options. Read below to know how you can use these options.

Who are Among Us Character?

Among Us characters are known can be called the crewmember of a spaceship. As per the game, the spaceship was invaded by a look-alike creature. The spaceship has a crewmember and an imposter. Imposter’s role is to kill crewmembers while surviving with them

And crewmembers try to find out who is an imposter. Games end with either imposter will successfully kill all the crewmates or one of the crewmates will find the imposter and then the game would be over.

The concept of finding the killer from your crew is what makes it more interesting. These characters play an important role in-game. Characters’ games create the ambiance and the look of the game. Thus, we are going to find out how these characters look alike. Find out!

There is a total of 12 characters in Among Us. You can select any of these characters as your favorite color, along with the color you even have an option to choose the username. There are multiple customization options in-game which we are going to discuss in the next few sections.

Features of Among Us Characters

Here’s everything you need to know about the Among Us Character :

Every character is a short creature with a head, eye, and unexposed lower body. Characters are human-like or you can call they are humanoid.

The character does not have arms and even their legs are short.  Legs are not visible due to space suits they wore all the time.

In general, characters do not have Hands, sometimes, five-fingered hands appear at certain moments. Hands are visible when they are killed by imposters.

Each player or you can call a crewmate to have a spacesuit, each of the crewmates has a different color.  Color has a significant role in differentiating the players.

Ghost Player, the eliminated player has all the physical traits similar to active players but they do have few additional characters. Ghost players have ghost tails in place of legs and they are colorless.

The corpse is stated when a player is killed by an imposter then the dead body of the player is called Corpse. The corpse is a bottom half body with the body lying with a bone sticking out of it.

Crewmates always have a name above the player except for the imposter.

In this section, we discussed all the possible physical appearances of the crewmate. Normal Crewmates, dead crewmates, and even the

Ghost players. Let’s move to the types of players and their various specifications!

How to customize Among Us Characters?

Among Us, characters have plain spacesuits with solid colors like red, yellow, green, etc. Developers’ games came to a method to crisp the look of characters. Players can add skins, hats, and pets to their characters. We will bat over  all the additional features of the Among Us Character  :

Now, the question is how can you add accessories? Stay tuned with us!

Few things to remember, to customize you need to have a PC version.

Follow the below steps to know how you can optimize characters :

Step 2: Now, visit the customization tab from the menu on the top of the laptop.

Brief of each feature :

Skin – Skin will change the spacesuit of the player.

Hats – Hat will add headwear. In a normal player, headwear is not there.

As the PC version isn’t free but the mobile version is free to download, this makes a difference in how you can access these features. You can explore all the skins and hats from the PC version without any restrictions but mobile skins cost you extra.

All these accessories cost around $0.99 and $2.99. Spending a few dollars on a game won’t cost you much but this feature will make your character’s appearance look elegant.

How customisation will help?

When you have different look at specific characters, in these cases, it’s easier to identify the player. One of the prominent benefits is that communication among the players becomes easy. No one remembers ordinary things they always look at the different characters. However, skins and hats aren’t going to improve your playing skills but they do improve the strategy and your impact on the other players.

So, customize your character as per your convenience and stand out from the crowd.

Honestly, customization isn’t this simple process you need to follow various steps and download the files. The above steps are to demonstrate how customization options are visible to you. Even hat customization involves several steps.

Among Us, Characters are the soul of the game and we already what makes them so unique. We even discussed what and how the changes will impact the game.  There is various customization option that will enhance your gameplay. Thus, try every option now, hurry up!